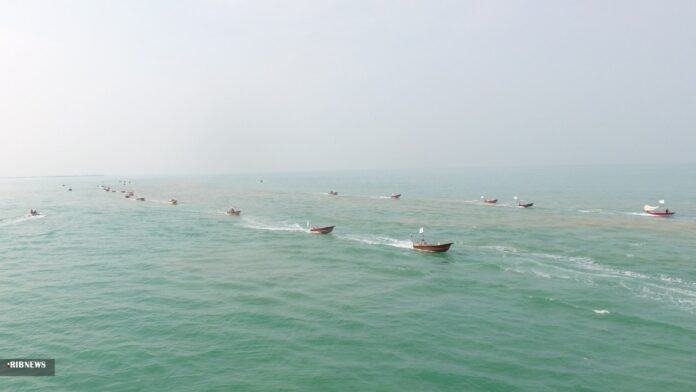 Iran’s Islamic Revolution Guards Corps navy has held a drill in the south of the country.

The navy ships staged a parade in the waters off the city of Delvar, Bushehr province. The drill was to mark the 100th death anniversary of Iranian independence fighter and anti-British colonialism activist Rais Ali Delvari.

Some 180 boats participated in the exercise to display their readiness to defend Iran against any potential aggression.

Rear Admiral Lower Half Ramezan Zirrahi told reporters at the site of the drill that the war game’s message to enemies is “if you make a miscalculation, Iranian armed forces are prepared to give you an unforgettable lesson just as Rais Ali Delvari and his comrades gave the British a good smack in the chops”.

He added that Iran’s history is replete with events of epic proportions that are lasting and must be kept alive as they are a source of great pride.