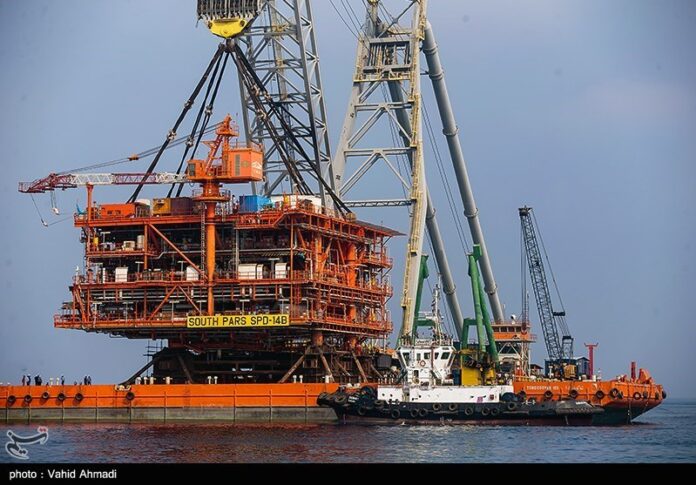 The last platform of Phase 14 of Iran’s giant South Pars gas field was held in place by Iranian technicians on Saturday.

CEO of SADRA told Tasnim that the giant platform has been designed and manufactured by local experts.

According to Mohsen Samadi, it was the eighth platform from the 10 oil and gas extracting structures manufactured by the Iranian company and it was also carried and held in place with a special shipment system developed by SADRA.

The new structure weighs approximately 2,500 tons, he said, adding the platform will increase the capacity of gas extraction in Phase 14 by 14.2 million cubic meters.

The total daily capacity of gas production in the Phase 14 is going to hit 56 million cubic meters, the official noted.

The gas field, whose development has been divided into 28 phases, is located in the Persian Gulf straddling the maritime border between Iran and Qatar.

It is estimated that the Iranian section of the field contains 14 trillion cubic meters of gas and 18 billion barrels of condensates in place.