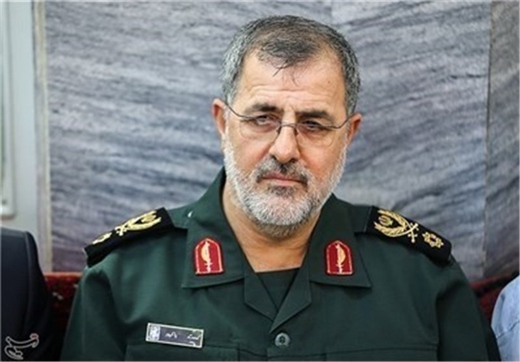 The commander also noted that the IRGC’s presence in those regions has strongly undermined terrorist groups’ morale.

“The country’s entire northwestern and western regions, where the IRGC Ground Forces are in charge (of providing security), have been cleansed of terrorists and our fighters are constantly present in those high zones,” Brigadier General Pakpour said on Monday.

He said the IRGC servicemen have in recent years gained control over the strategic mountainous areas that lacked any military base because of their rugged terrain and used to be a hotbed of terrorist activities.

The commander also noted that the IRGC’s presence in those regions has strongly undermined terrorist groups’ morale.

Since the outbreak of an armed rebellion in Iraq staged by the ISIL terrorist group, Iranian military officials have time and again underlined the high level of security along Iran’s western border areas, neighboring Iraq.