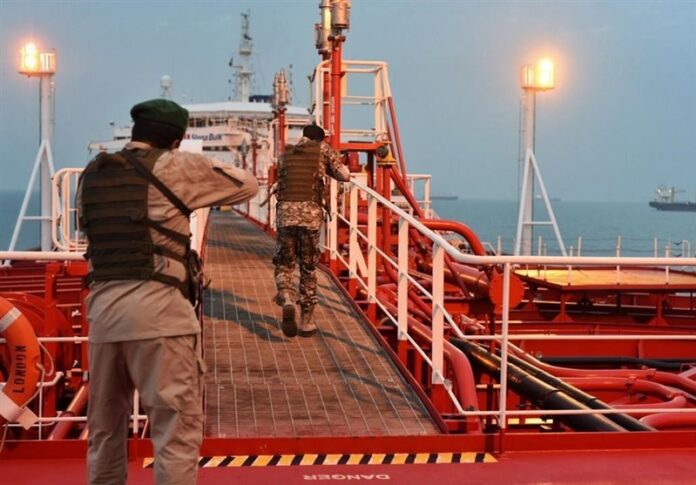 Naval forces of the Islamic Revolution Guards Corps (IRGC) have thwarted an attempt by the United States Navy to confiscate a tanker carrying Iranian crude in the Sea of Oman.

The United States stopped the Iranian vessel and transferred its oil cargo to another tanker and was trying to take the vessel away when the Islamic Revolution Guards Corps Navy intervened.

The American naval forces tried once again to block the path of the Iranian ship with several more vessels but failed.
The tanker is currently in the territorial waters of the Islamic Republic of Iran.