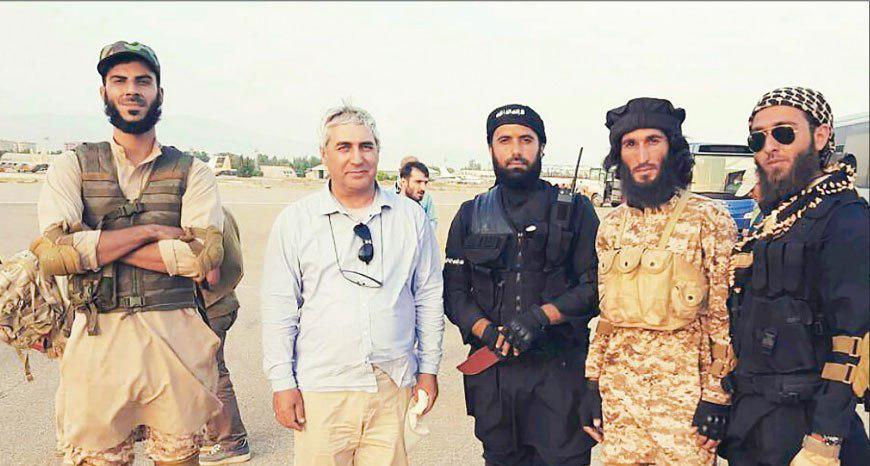 IRGC Chief-Commander Major General Mohammad-Ali Jafari has lauded an Iranian film about Tehran’s role in the fight against terrorism in Syria, praising its director for his allegiance to the Islamic Republic.

In a message on Tuesday, General Jafari congratulated Iranian filmmaker Ebrahim Hatamikia on receiving the Best Director Award at Fajr Film Festival for his latest film “At Damascus Time”.

The congratulatory message came after a controversial speech by the prominent director at the closing ceremony of the 36th Fajr Film Festival. In response to certain critics who described Hatamikia as a filmmaker affiliated with the Islamic Establishment, he angrily said in his speech, “I’m an affiliated director! Affiliated with the Establishment (of the Islamic Republic of Iran).”

Experts say making such remarks among a group of people, who claim to be intellectuals, was shocking and very courageous while based on a historical tradition such people believe independence from the Establishment and distancing oneself from the government is an honour!

While most of the winners in the four-hour-long closing ceremony made brief speeches after receiving their prizes, Hatamikia harshly criticised some of his colleagues, the state TV and the host of the ceremony Reza Rashidpour, for downgrading his film and even calling it a comedy. This comes as the movie is about the Holy Shrine Defenders (in Syria) and Iranian military personnel involved in the battles against terrorism in Iraq and Syria.

Hatamikia also thanked the IRGC personnel and the IRGC-affiliated Owj Cultural Organization, which produced his film.

In his Tuesday message, General Jafari hailed the remarks made by Hatamikia saying, “Your stunning and lovely words at the closing ceremony of the Fajr Film Festival indicated your courage, patriotism and devotion. Such statements are made at a time when the enemy is struggling to undermine the Iranian nation’s beliefs.”

“As the commander of the soldiers who have been able to eradicate the ominous phenomenon of ISIS in the region in a short term, I appreciate your efforts and understand the pains you have suffered to give such a brilliant picture (of their devotion), and I wish the other Iranian proficient artists would follow on the same path,” added Jafari.

Hatamikia’s film “At Damascus Time” narrates the story of an Iranian pilot and his copilot son, who are captured by ISIS forces in Syria when they are in the Arab country to deliver a cargo of humanitarian relief supplies to people in a war-ravaged region.

The Fajr Film Festival is Iran’s most important film festival, held every February in Tehran. The festival, started in 1982, is under the supervision of the Ministry of Culture and Islamic Guidance in Iran. It takes place every year on the anniversary of Iran’s Islamic Revolution. The festival has been promoted both locally and abroad through television, radio and webinars.

Contributing organizations to the event include the Farabi Cinema Foundation, Iran film foundation, Press TV, HispanTV and Iran’s multi-lingual film channel IFilm (TV channel). From 2015 on, the festival has been separated to a national festival in February and an international one in April, with the national one being the more notable for premieres of the most important Iranian movies.