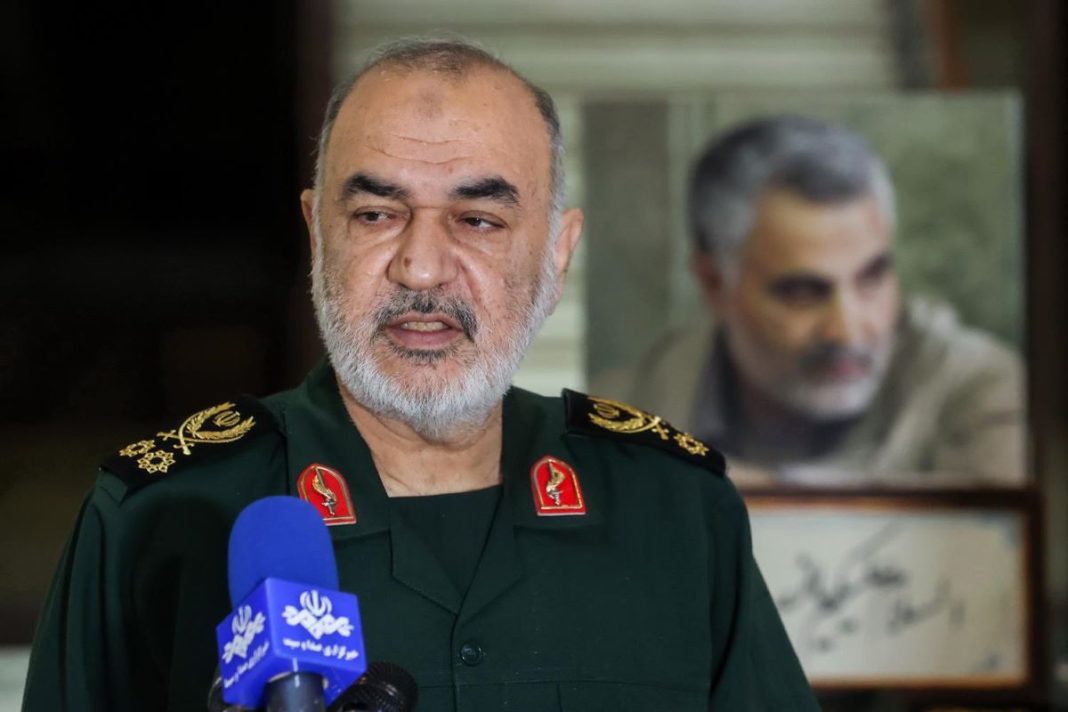 The chief commander of Iran’s Islamic Revolution Guards Corps (IRGC) warns the Europeans against blacklisting the elite military force, saying they will have to take responsibility for the consequences if they make such a “mistake.”

Major General Hossein Salami made the remarks in a meeting on Saturday with Iranian Parliament Speaker Mohammad Baqer Qalibaf who was visiting the IRGC headquarters in a show of solidarity with the Iranian military force in the face of a vote by the European Parliament to call on the European Union to designate the IRGC as a “terrorist” entity.

Salami remembered the sacrifices of the IRGC, especially its Quds Force under the command of Lieutenant General Qassem Soleimani, in their successful fight against the Daesh terror group.

Had it not been for the IRGC’s struggles, the flames of terrorism fueled by Daesh, an American product, would have spread to Europe and destroyed its security, Salami said.

But the Americans and the Europeans are accustomed to portraying the oppressed as the oppressor and vice versa, the senior general said.

“We are never worried over such threats or even [the threats] being put into action since the more opportunities the enemies offer us for action, the more strongly we act,” Salami said.

He, however, advised the Europeans not to repeat their past mistakes otherwise they will have to take responsibility for the repercussions.