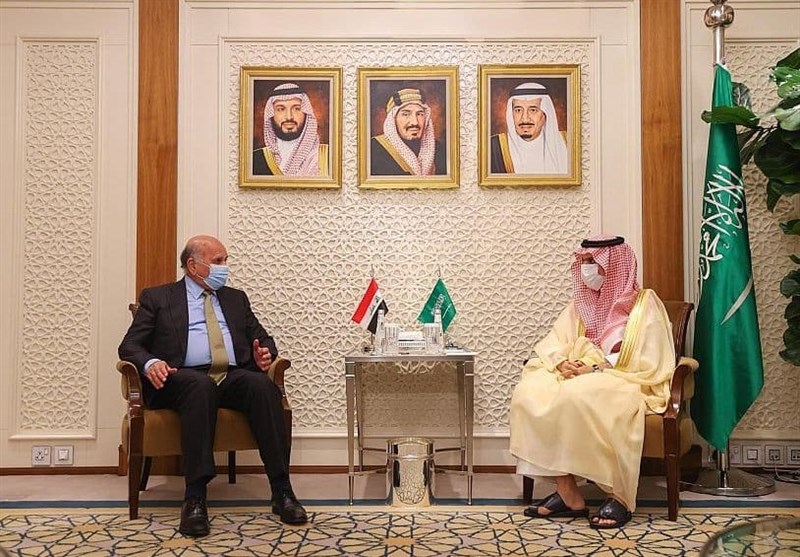 The foreign ministers of Iraq and Saudi Arabia have held consultations over the fifth round of talks between Tehran and Riyadh.

According to the website of the Iraqi Foreign Ministry, the two top diplomats discussed the cause of a delay in the negotiations.

Iraqi Foreign Minister Fuad Hussein told his Saudi counterpart Faisal bin Farhan that Baghdad will do its utmost to help forge an agreement between Iran and Saudi Arabia.
On Saturday, Iraqi Prime Minister Mustafa al-Kadhimi also spoke with Iranian President Ebrahim Raisi on the phone regarding the Tehran-Riyadh negotiations.

Earlier, Iranian Ambassador to Baghdad noted that the fifth round of talks between Iran and Saudi Arabia will be held soon in Baghdad.

He did not give a date for the negotiations.

Iraqi is mediating the talks between Tehran and Riyadh.

Saudi Arabia cut diplomatic ties with Iran in January 2016 following an attack by Iranian protesters on its embassy in Tehran during a demonstration against execution of Sheikha Baqer Nimr al-Nimr, a Shia cleric, in the kingdom.