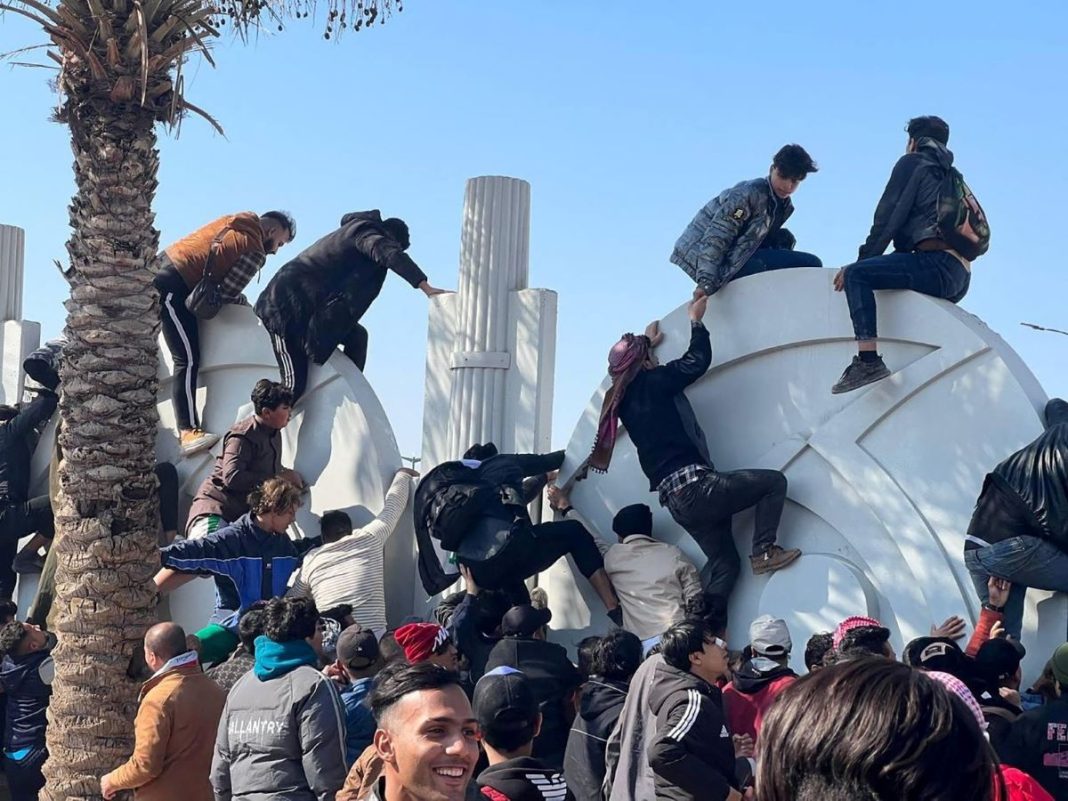 Two people were killed and 80 more injured in a stampede ahead of a soccer match in the Iraqi city of Basra on Thursday. The stampede took place near the Jaza’a Al Nakhla Stadium, where Iraq and Oman were set to play in the Persian Gulf Cup final.

The Iraqi interior ministry told Al Jazeera that two people had died and about 80 have been in injured in the stampede on Thursday.

Some of those injured were in critical condition, the official Iraqi News Agency quoted a medical source as saying.

The Iraqi Ministry of Sports called on fans to retreat from the area around Palm Trunk Stadium as the presence of large crowds may make holding the final match impossible.

According to the Basra governor, the final match may be postponed or held in another country.

Iraq was already forced to apologise to its neighbour Kuwait after a scuffle in the VIP section prevented its leader’s representative from attending the opening ceremony earlier this month.

The tournament started on January 6, with teams from the six Persian Gulf Cooperation Council countries — Bahrain, Kuwait, Oman, Qatar, Saudi Arabia and the United Arab Emirates — as well as Yemen and Iraq.

It’s the first time since 1979 that Iraq has hosted the tournament. Decades of sanctions on Iraq had prevented the country from hosting any sport activities.