Iraq, Qatar, Oman Dismayed over US Withdrawal from JCPOA 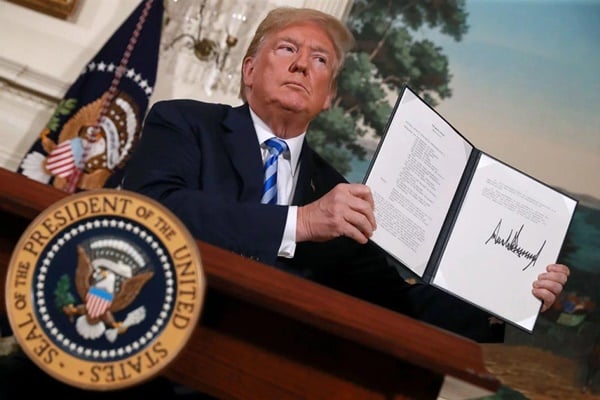 Iraq, Qatar and Oman have expressed dismay over US President Donald Trump’s announcement that Washington has withdrawn from the Iran nuclear deal.

Iraqi President Fuad Masum expressed regret over Trump’s decision while praising the other signatories to the JCPOA for remaining committed to the agreement.

In a statement earlier this week, the Iraqi president called on the US not to harm the Iran nuclear deal and not to prevent other parties from fully implementing the agreement.

He urged the US to rethink its decision, saying the Iran nuclear deal is regarded as a major achievement to promote the opportunity to establish peace and ensure progress for all regional countries as well as the whole international community.

He further expressed Iraq’s opposition to all types of weapons of mass destruction, especially nuclear arms. He noted concerns over the US decision to unilaterally pull out of a historic deal on Iran’s nuclear program will not help reinforce security and stability in the Middle East region and other parts of the world.

Qatar also reacted to the US withdrawal from the JCPOA, calling for talks with Iran to settle the existing problems.

Doha said efforts to rid the Middle East of nuclear weapons should be a priority, urging regional powers not to get involved in an arms race.

Qatar’s foreign ministry announced that Doha is not a signatory to the deal like other Persian Gulf Arab states, but given Qatar’s geographical position as well as its political and historical relations with the parties to the JCPOA, pays attention to the consequences of whatever decisions the signatories make.

Qatar noted that it supports efforts by all influential international and regional players as well as parties to the deal to prevent a potential crisis. According to Qatar, it will be in the interests of all sides to exercise restraint and judiciously iron out the existing differences through dialogue.

Oman’s foreign ministry also announced that it follows up on the developments unfolding in the wake of Washington’s decisions to leave the JCPOA.

The ministry said in a statement that the option of confrontation will be to the benefit of no signatory, and that Oman supports the stance of the other five parties to the agreement.