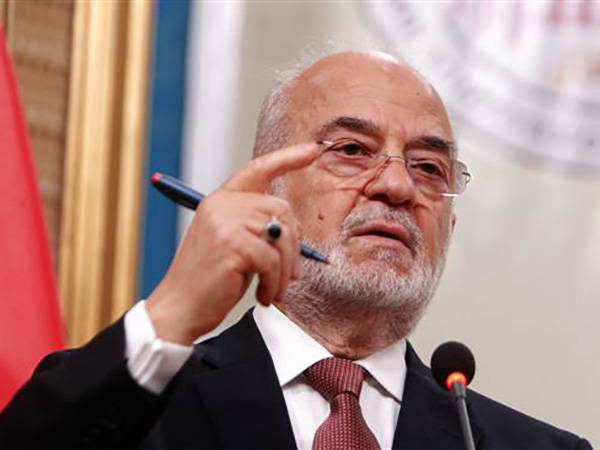 Iraqi Foreign Minister Ibrahim al-Jaafari says he has been carrying out certain mediatory measures since last year in order to help the improvement of relations between Iran and Saudi Arabia.

Speaking to IRIB in an interview published on Saturday, Jaafari said Iraq continues to work toward the restoration of relations between Tehran and Riyadh.

He added that any crisis in the relations between Iran and Saudi Arabia affects Iraq as well and a rapprochement between the two countries would also benefit Iraq.

The top Iraqi diplomat said he has carried oral messages between Iranian and Saudi officials in the past few months and added that his country would make efforts to bring the positions of Tehran and Riyadh closer.

Relations between Iran and Saudi Arabia worsened after a deadly human crush occurred during Hajj rituals in Mina, near Mecca in September 2015. Days into the incident, Saudi Arabia published a death toll of 770 but refused to update it despite gradually surging fatality figures from individual countries whose nationals had been among the victims of the crush.

Iran said about 4,700 people, including over 465 of its nationals, lost their lives in the incident.

Such media hype is aimed at portraying the friendly Iran-Iraq ties as a ‘Shia threat’ in the region, Jaafari said, adding that cultural and religious commonalities between the two countries as well as their common policies on regional issues have strengthened mutual relations.

The Islamic Republic was the first country that recognized the Iraqi government and supported it in its fight against Daesh terrorists, he said.

He emphasized that Iran is providing advisory military assistance to Iraq against the terrorists at the official request of the Iraqi government.

The northern and western parts of Iraq have been in chaos ever since Daesh started its campaign of terror in early June 2014.

The UN Assistance Mission for Iraq (UNAMI) says a total of 386 Iraqis were killed and another 1,066 injured in acts of terrorism, violence and armed conflict in December 2016.