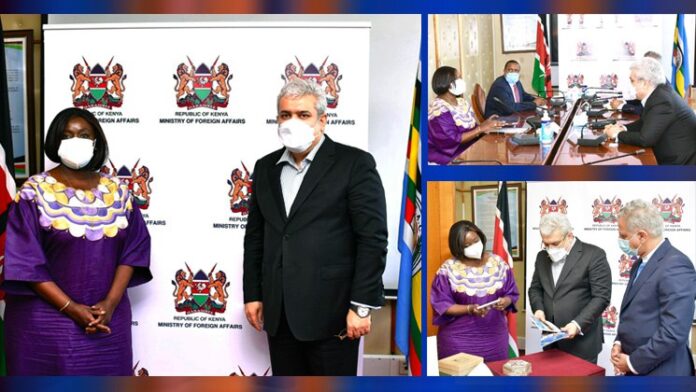 In the Thursday meeting, the top Iranian official presented a report on the trend of Iran’s scientific and technological development over the past 40 decades.

“A long time has passed since the [1979 Iran’s Islamic] Revolution and we are on the threshold of the anniversary of the victory of the Revolution. During these 40 years, Iran has been under cruel sanctions by global superpowers,” he explained.

“These sanctions were a good omen for Iran and helped us reach self-sufficiency in meeting our needs. That means we domestically developed all the technologies possessed by developed countries,” said Sattari.

He said a clear example of that achievement was the production of necessary medical equipment by Iranian firms to counter the coronavirus pandemic.

He said Iran has fulfilled its pledges, including the establishment of the Iran House of Innovation and Technology (IHIT) in Kenya and cooperation between Iranian and Kenyan knowledge-based companies.

He said Tehran is keen to enhance its technological relations with Nairobi and run joint projects on technology transfer.

The top Kenyan diplomat, in turn, thanked Iran’s activities in Kenya and added Nairobi would like to draw on Iran’s experience in establishing start-ups and knowledge-based companies and linking universities to the industry.