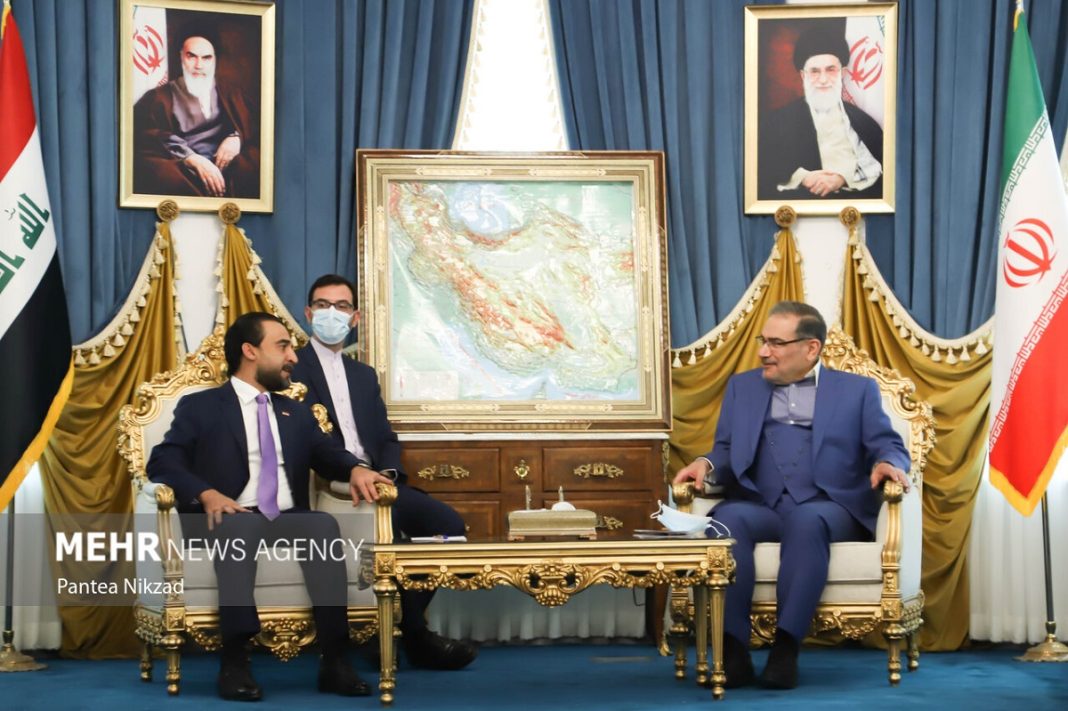 Al-Halbusi, who arrived in Tehran to meet with the high-ranking Iranian official on Wednesday morning, held a meeting with Shamkhani in the afternoon.

Cooperation to create a strong, prosperous, developed and stable Iraq in Iran’s neighborhood is the permanent policy of the Islamic Republic, Shamkhani told al-Halbusi in the meeting.

The SNSC chief added that Iranian companies are ready to strengthen cooperation between the two countries by participating in economic and technical projects in Iraq.

The top Iranian security official also stated that Tehran is monitoring the meddlesome presence of the Zionist regime and the United States in the region and will react quickly and decisively to any security action with might.

Al-Halbusi, for his part, said that the Iraqi parliament is preparing a plan to ban cooperation and relations with Israel in order to prevent any possible action in that regard.

The speaker also added that Iran can play an important role in achieving political unity in Iraq due to its spiritual influence among some religious and political groups in the country.