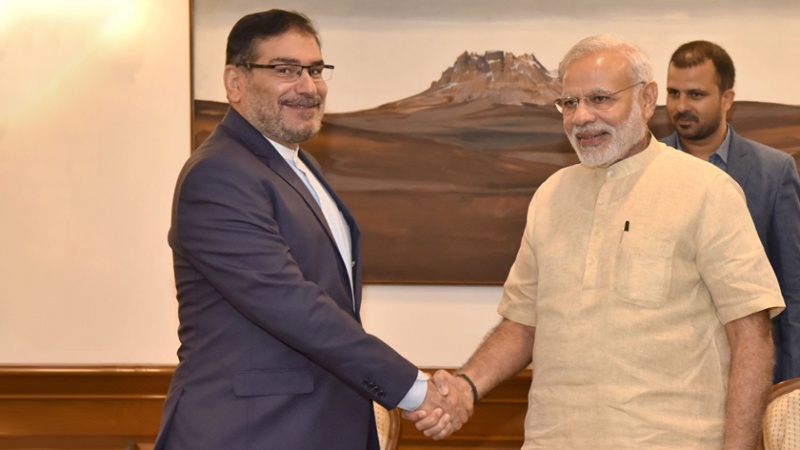 The secretary of Iran’s Supreme National Security Council has held talks with Indian Prime Minister Narendra Modi in New Delhi. Ali Shamkhani is in the Indian capital to attend a regional security conference.

He told Modi that the security meeting was Iran’s initiative and has continued successfully.

Referring to the need to achieve the goals of the leaders of Iran and India in bilateral relations, the secretary of Iran’s Supreme National Security Council stressed the importance of Chabahar Port in regional relations and the north-south transit route.

He also underlined the need to resolve the issue within the framework of a regional security conference.

While thanking the foreign delegations for their presence in the meeting during the Covid pandemic, the Indian prime minister expressed concern over the situation in Afghanistan.

Modi stressed the importance of collective work and consensus in this regard. The Indian prime minister also described terrorism as a common pain in the whole region and expressed hope that he will meet with Iran’s President Ebrahim Reisi as soon as possible.

The heads of the delegations attending the New Delhi security meeting were also present at the talks between Shamkhani and Modi.