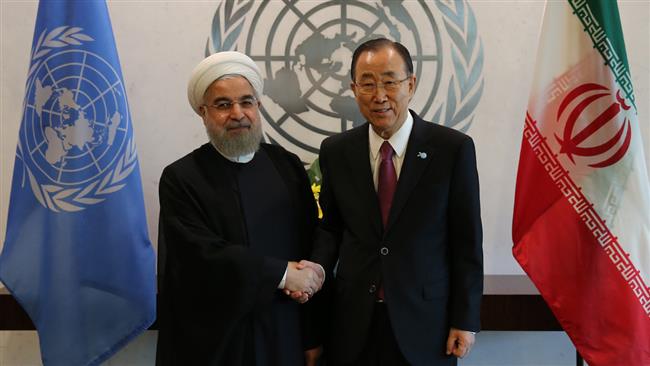 It is imperative that the UN Secretary General [Ban Ki-moon] remind the Riyadh government of its legal and human obligations,” Rouhani said.

“Unfortunately, the Saudi government does not cooperate enough in addressing the fate of the missing and transferring the bodies of those killed or injured, and it is imperative that the UN Secretary General [Ban Ki-moon] remind the Riyadh government of its legal and human obligations,” Rouhani said.

The Iranian president made the remarks in a meeting Saturday with the UN chief in New York on the sidelines of 70th session of the UN General Assembly (UNGA). 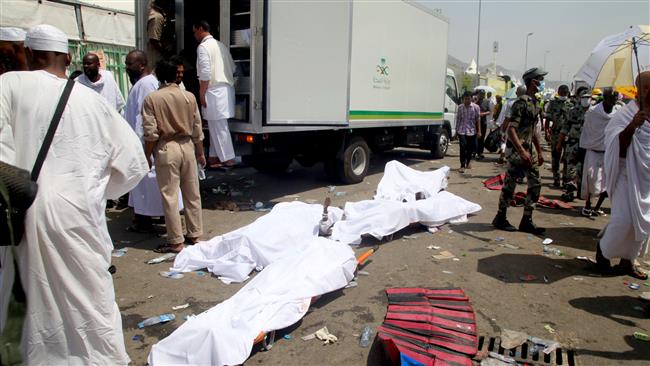 The Iranian president also called on the UN chief to do his utmost to help the implementation of an Iranian-proposed act aimed at fighting violence and extremism.

In the meeting, Rouhani also touched on the issue of terrorism in the Middle East which he said has displaced and endangered the lives of millions, and said the UN, big powers as well as regional countries shoulder a heavy responsibility in the crises in the region.

Underlining the need for coordinated campaign against terrorism, Rouhani also called for an end to interference of certain countries in the region, including in Yemen and Syria. 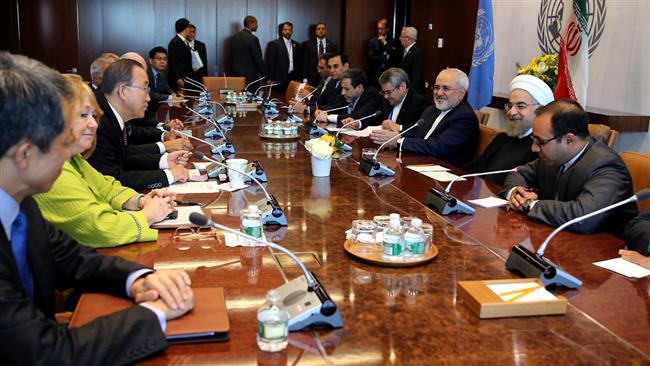 Rouhani said an immediate end to military intervention, delivery of humanitarian aid and start of intra-Yemeni dialogue without any foreign meddling are the key to ending the crisis and restoring lasting peace in Yemen.

He also said that Iran is ready to cooperate with the UN and regional countries to help restore stability in the war-torn Arab country which has been under Saudi air strikes since March 26.

The UN chief, for his part, extended his condolences to Iran over the deadly Mina incident which has led to the deaths of Iranian pilgrims.

Discussing the latest developments in the Middle East with the Iranian president, Ban also called for the Islamic Republic’s assistance in settling regional crises, including the tensions in Yemen, and Syria.