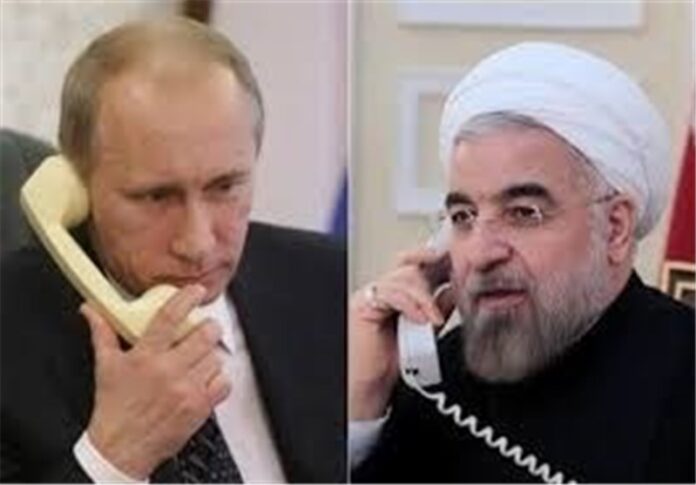 Iranian President Hassan Rouhani and his Russian counterpart Vladimir Putin in a telephone conversation on Monday discussed the latest developments in Syria, the recent victories by the Arab country’s army against terrorist groups in particular.

“A detailed discussion was held on the Syrian issue, first and foremost in regard to the successful actions of the Syrian army, which was able to push Daesh extremists out of the historic city of Palmyra with the help of Russian Air Forces. It was noted that this was a truly significant event,” Kremlin said in a statement on Monday, Sputnik reported.

The two leaders also exchanged views on a number of bilateral issues and agreed to intensify bilateral contacts at various levels, according to the statement.

Early on Sunday, Syrian state television quoted a military source as saying the army had taken “complete control over the city of Palmyra”.

Capturing the city is a major victory for Syrian President Bashar al-Assad’s government.

Earlier this month, Putin ordered the withdrawal of some fighter jets from Syria, but said that strikes against Daesh and another group, the Nusra Front, would continue.

Those groups have been excluded from a Russian and US-brokered ceasefire that began on February 27 and has largely held.