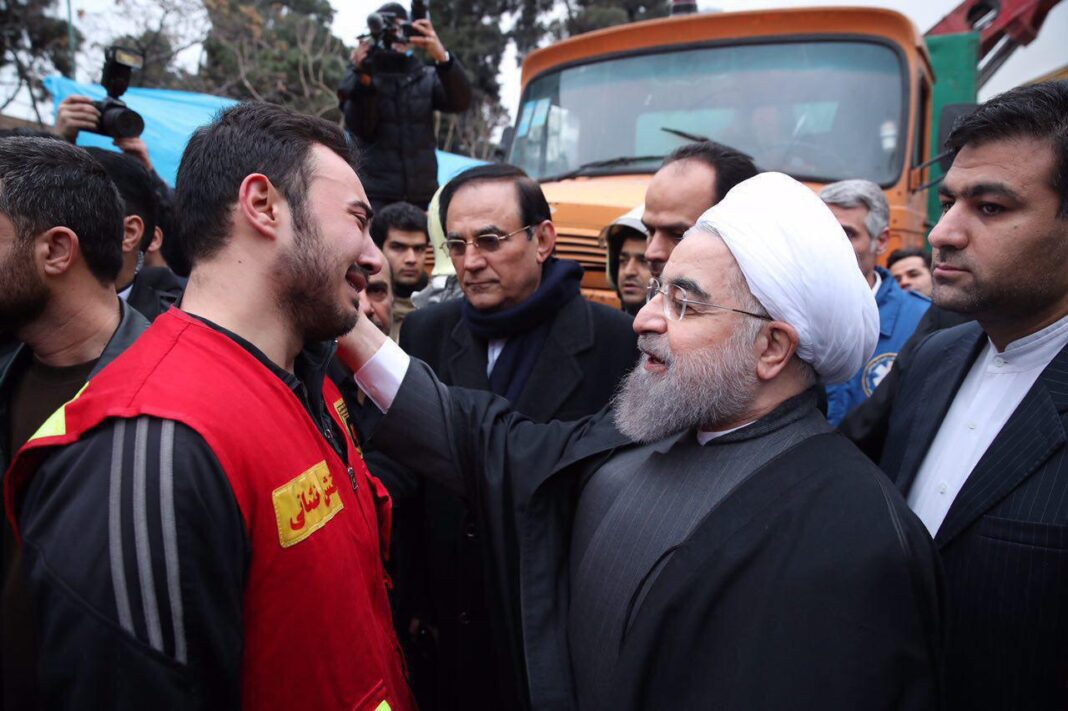 As Iran is observing a national day of mourning on Saturday following the deadly collapse of Plasco building in central Tehran, Iranian President Hassan Rouhani visited the site of the collapsed high-rise in downtown Tehran to inspect the ongoing search and rescue operation there.

Speaking to reporters on Saturday morning, Rouhani stressed that the search and rescue operation should continue until all those trapped under the rubble are saved.

Up to 30 people, all of them most likely firefighters, are believed to be trapped under the rubble of the building, which caught fire early on Thursday and came down hours later.

Rescuers have been using life detection devices to locate possible survivors, and, according to the Mehr News Agency, at least four responses have been picked up, likely indicating that at least four people are still alive.

“We are very concerned for those who have been trapped under the rubble,” said President Rouhani. “We hope we will have some survivors.”

“This can be a lesson and a warning for all the officials to provide more safety for all citizens. This is a civil right of all people,” he said, as reported by Press TV.

Rouhani also expressed condolences to those who have lost loved ones in the incident and praised the firefighters and rescue teams for putting their lives at risk to rescue others.

He underlined the need to take the necessary measures to compensate business owners and workers who used to work at the building, which served as a trade center, for their material loss and the loss of their income in the run-up to the Persian New Year.

There were 600 business units and clothing production workshops in Plasco, most of which did not have insurance coverage. Nearly 3,000 people have lost their jobs as a result of the building’s total destruction.

The Plasco building was Iran’s oldest high-rise. Rising 17 stories above the ground, it had been built in the early 1960s and was the country’s tallest building at the time of construction.

Rouhani also touched on the need for “comprehensive plans” to renovate old structures across the country and said, “We can get entrepreneurs, investors, and banks onboard to help renovate these buildings… The plan is underway and it needs to be precipitated.”

The Iranian president was accompanied in the visit by several ministers, advisers, and other senior officials.

President Rouhani’s visit was made on the day his cabinet had declared a day of national mourning in the wake of firefighters’ deaths in the tragic incident.