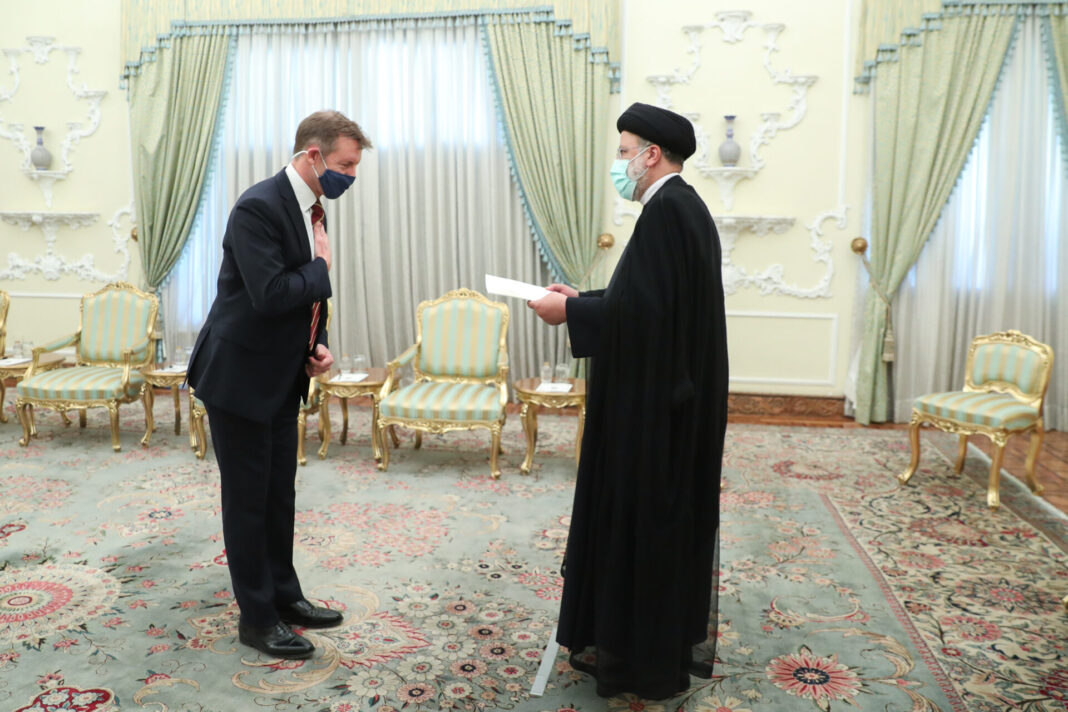 Iran’s President Ebrahim Raeisi says the Islamic Republic will not give into to bullying.

Raeisi made the comment while receiving the credentials of Britain’s new ambassador to Tehran Simon Shercliff on Sunday.

He said Iran is an independent country in the real sense of the word and that this is not merely a claim.

Raeisi urged the British ambassador to explain this to the British officials given that he has a good command of Persian language.

The Iranian president said Iran wants to cooperate with all countries but this cooperation must be based on mutual respect.

Raeisi added that Iran will not accept wrong statements from anyone.

The president noted that today, the issue of human rights has turned into a political ploy to deal a blow to the world nations.

Addressing the British ambassador, Raeisi said, “We are duty bound to respect human rights based on our religious beliefs and you know too well how the self-styled defenders of human rights treat their own people”.

Simon Shercliff also said this is his second visit to Iran in the past 20 years and that his mission is to improve ties between Iran and Britain with a positive and constructive view.

Shercliff added that he hopes a new chapter opens in the Anglo-Iranian relations and he will acquit himself properly to this end.

Iran and Britain are divided over a host of issues including the UK’s £400 million debt to the Islamic Republic over the non-delivery of tanks in 1979.

The shipment stopped because of the Islamic Revolution’s victory in Iran. The tanks were already paid for when the contracts were cancelled. Iran has ever since demanded its money back.