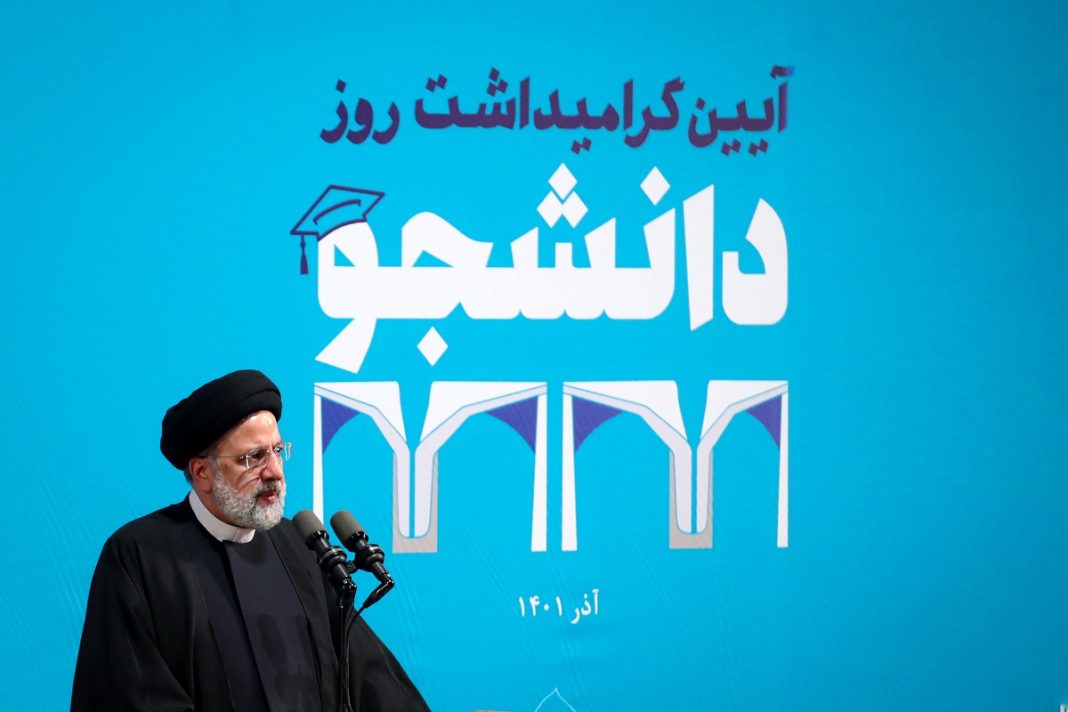 The occasion commemorates the murder of three students of University of Tehran on December 7, 1953, by the Iranian police during the reign of the US-backed Pahlavi regime in Iran.

Annually, student movements at various universities across Iran hold gatherings and seminars to observe the occasion as a symbol of the struggle of Iranian students against dictatorship.

President Raisi said during the ceremony the enemies sought to block the country’s universities from scientific studies and progress through riots and unrest, but the students and academics intelligently foiled their conspiracy.

“Some advised me not to go to a university, or at least Tehran University, but I said I’m not seeking a shutdown of studies and universities but an opening instead. The future belongs to you (students) and students at schools and universities will build the country’s future. Your words should be heard,” he said.

He was referring to a wave of protests among students and those in many Iranian cities, which broke out in mid-September in the aftermath of the death of a young Iranian woman in police custody.

The anti-government protests also spread to several university campuses, where some of the gatherings turned ugly. Dozens of students were arrested during the unrest, but were later released.

Raisi praised university students and academics for not falling for the enemy plots to bring about a closure of the universities through riots and violence.

“Today, universities have dealt a blow to the enemy,” he said. “The enemy is bent on preventing the universities from learning and making progress, but the students and professors frustrated it.”

During the riots, he added, the enemies of the Iranian nation made attempts, with the help of a handful of deceived people, to create a “fake crisis” at universities and present “a caricature and unreal portrait” of them.

The students, however, stood up against this conspiracy intelligently and showed the enemies that their schemes would lead nowhere.

“Protests should be heard and we are always determined to hear the students,” said the president, adding, “Protests are different from riots; protests lead to reforms and perfection, whereas riots lead to destruction and desperation.”