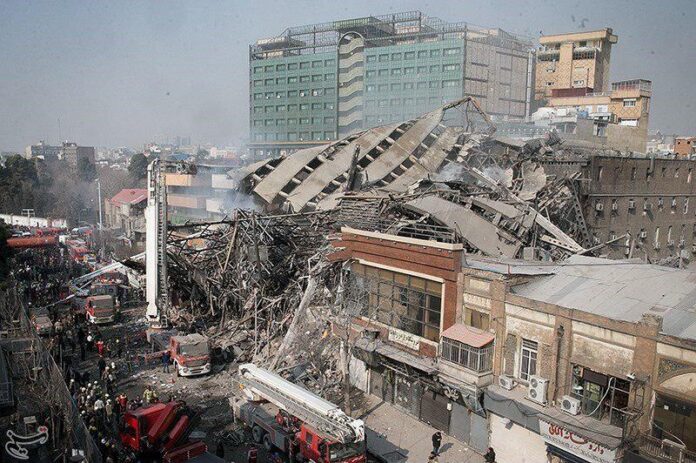 In his order, President Rouhani expressed regret over the 53-year-old Plasco building’s collapse following a huge blaze, and offered his condolences.

He also urged Interior Minister Abdolreza Rahmani Fazli to immediately find the causes and the ones responsible for the incident.

The Interior Minister was also urged to follow up on the condition of those injured in the incident and to compensate for their damages.

Meanwhile, head of Tehran’s Emergency Centre announced that 70 have been wounded so far.

“We hope the firefighters entrapped under the rubble would be rescued safely,” he added.

Special traffic laws have been extended unil 17:00 (Tehran local time), and people are urged not to approach the scene.

Dozens of firefighters are feared dead, but no official death toll has been reported so far.