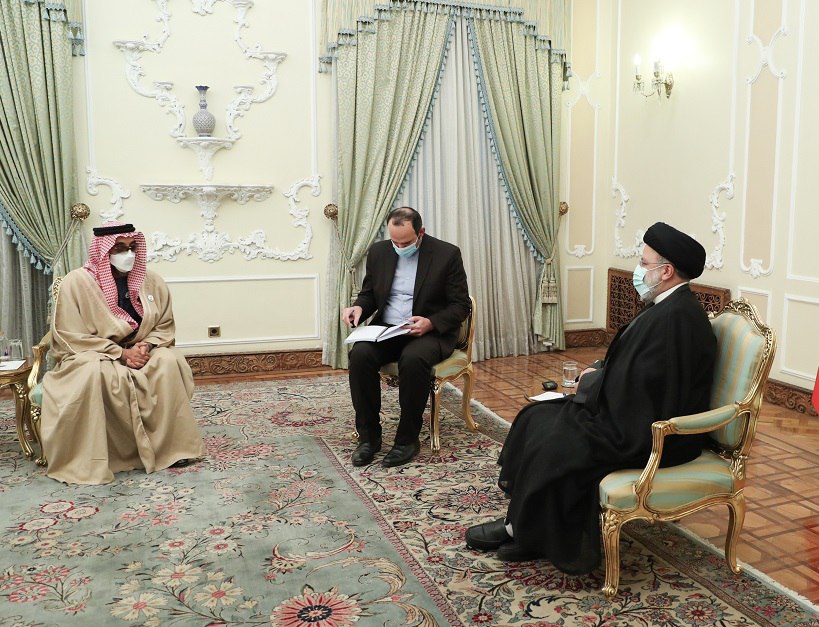 Iran’s President has told the UAE’s National Security Adviser that Tehran welcomes an expansion of ties with the Emirates.

Raisi also said in his meeting with visiting Sheikh Tahnoon bin Zayed Al Nahyan that good ties with neighbors is a top foreign policy priority for his administration.

Raisi added that there must be no obstacles to relations between the two Muslim countries.

The Iranian president also said that the Tehran-Abu Dhabi ties must not be affected by other countries. He noted that foreign enemies seek to cause fear among neighbors but this plot will be foiled by mutual understanding and prudence.

The president said the Zionist regime is pursuing its heinous schemes and it will sow sedition wherever it gains a foothold.

He urged regional countries to be vigilant against the Israeli regime’s moves.

The Emirati official also said his visit to Iran will be a turning point in bilateral ties. Sheikh Tahnoon bin Zayed Al Nahyan said his country is ready to develop cooperation with Iran.

He extended the UAE leader’s invitation to Raisi to visit the Persian Gulf country and expressed hope that Raisi’s visit to the UAE will open a new chapter in ties between the two sides.