Iran’s Police Seize Over One Tonne of Heroin 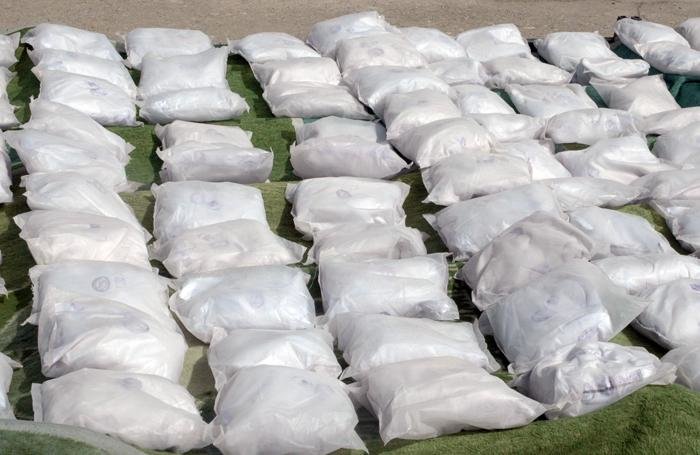 A senior police commander says his forces have discovered more than one tonne of heroin in an operation in western Tehran.

Brigadier General Mohsen Khancherli, a senior provincial police commander, declared that special anti-drug police forces have seized 1,097 kilograms of heroin in an operation in the west of the Iranian capital.

According to a Farsi report by the Entekhab news website, he said after acquiring information concerning the drugs being transferred by a trafficker based in Shahriar County, an extensive investigation into the case was put on the agenda of west Tehran’s anti-narcotics police.

Khancherli added following round-the-clock follow-ups by the provincial police forces as well as keeping the suspects under covert surveillance and tailing them for quite a couple of months, eventually, one of the traffickers was identified to be from Bandar Torkaman in the northern Iranian province of Golestan.

“We later found that he was trying to transfer the illicit drugs, disguised as a gas cargo, in the bunker of a lorry’s trailer to a desired destination. After identifying the vehicle, the police forces launched their operation to arrest the dealer and seize the drugs.”

After controlling and inspecting the cars plying Saveh-Shahriar highway, in the west of Tehran, the vehicle was found and the culprit was captured.

He said while inspecting the bunker, the police forces managed to find over one tonne of heroin cleverly hidden in it.