Iran’s Persepolis Shares Spoils with Saudi Side in ACL Quarters 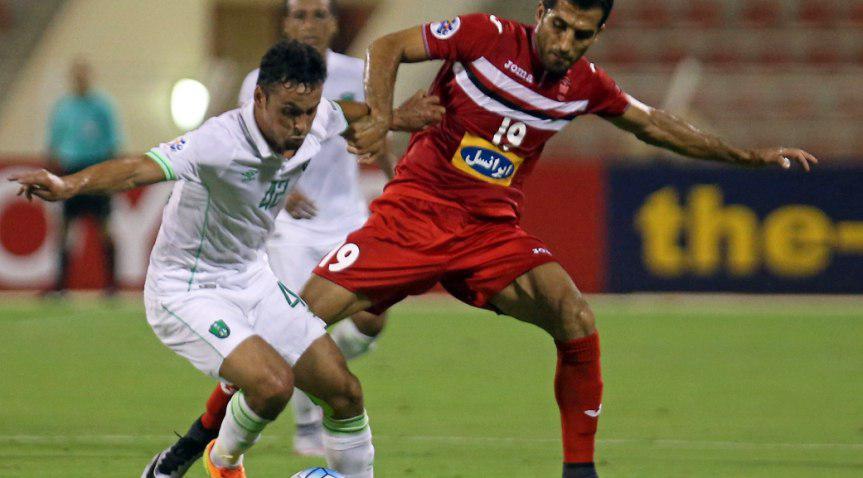 Iran’s Persepolis football team stormed back to share spoils with Al Ahli of Saudi Arabia in the first leg of AFC Champions League quarter-final on Tuesday.

A late equaliser by substitute Godwin Mensha saw Persepolis come from two goals down to draw 2-2 with Saudi Arabia’s Al Ahli in the first leg of their 2017 AFC Champions League quarter-final match held in Muscat, Oman.

Shortly before the hour, recent signing Leonardo da Silva made it 2-0 for the Jeddah-based side by finishing off a pass from Al Jamaan with aplomb, before Persepolis pulled one back in the 72nd minute after Shojae Khalilzadeh headed home from close in.

With just six minutes remaining, Nigerian Mensha fired past Mohammed Al Owais in the Al Ahli goal to cap an excellent comeback for Persepolis and leave the tie firmly in the balance ahead of the second leg in Abu Dhabi in three weeks’ time.

Following the match, Persepolis coach Branko Ivankovic said that he is content with his team’s performance against Al Ahli.

“I am happy because we came back from two goals down. Now, we have a chance to book a place in the competition’s semis,” Branko said in the post-match news conference.

“As I’ve already said, Al Ahli is a dangerous team and takes advantage of players like Omar Al Soma and Leonardo da Silva,” the Croat added.

“I would like to thank my players because they didn’t lost their concentration after receiving two goals. I hope we defeat Al Ahli in the second leg,” Branko concluded.