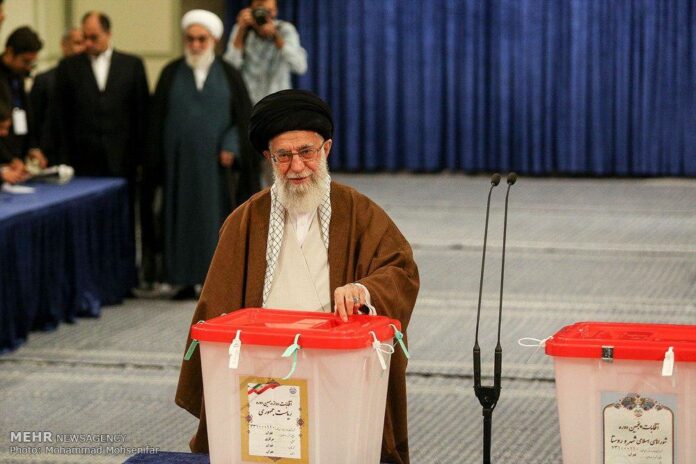 Ayatollah Khamenei was among the first to cast his ballot, calling on Iranians to turn out in big numbers.

Speaking after casting his vote, the Leader said, “I thank God Almighty for the blessing of democracy and people’s participation in the election. This is a great blessing.”

“Praise be to God, our people are thankful for this blessing. You see they are participating and my advice is that more and more people participate and come to the polls at the earliest time possible.”

Ayatollah Khamenei described the 2017 elections as very important, saying the destiny of the country is in the hand of the masses.

“I believe a good work should be done in early hours and should not be delayed. I also believe the presidential election is very important,” the Leader said, as reported by Press TV.

“The destiny of the county is in the hands of the people who choose the chief executive. They should heed the importance of this task,” Ayatollah Khamenei added.