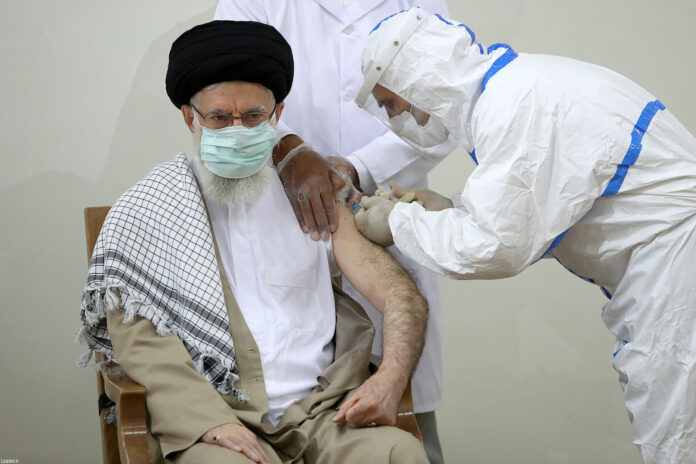 Iran’s Leader Ayatollah Seyyed Ali Khamenei says the government officials must do their best to vaccinate people against the coronavirus as soon as possible.

Blaming the delay in the inoculation of people against the virus on the foreign sellers of the jab, the Leader of the Islamic Revolution said the officials should try not to delay the vaccination of the people.

He made the comments after receiving the second dose of the home-grown Iranian anti-corona vaccine called Barekat.

“In some cases, there was a disruption in the issue of distributing the vaccine among people, which, of course, was mainly due to the unfulfilled promises of those who vowed to sell the vaccine to us.”

Ayatollah Khamenei said this once again reminds the Iranian nation and the country’s officials that we must be able to stand on our own feet in all matters, and that relying on others creates problems, as it did in this case.

He further noted that in addition to the domestic production of vaccines, the Islamic Republic had no choice but to use the reliable products of other countries.

The Leader once again stressed that the efforts must be put on domestic production and the vaccination of the people should not be delayed.

In the end, he raised hope that the distribution of the vaccine will be carried out swiftly and the respected officials will pay attention to this matter.

Iran has gone through the fifth peak of the corona pandemic while the vaccination process is moving ahead slowly due to the shortage of vaccines.

The Islamic Republic was supposed to receive millions of doses of vaccine from several countries, but as officials say the foreign states have not kept their promises.

The country is developing several indigenous jabs, but the only one which has received the final approvals so far is Barekat.

Iran has a population of over 80 million people, but up to now just about eight percent have received the first dose and nearly three percent have got both doses.