Iran’s General Soleimani, a Thorn in Side of Int’l Sponsors of Terror

A number of Iranian lawmakers have underlined the country’s positive and determining role in fighting terror, praising the role of General Qassem Soleimani in defeating terrorists in the Middle East.

According to a Farsi report by ICANA, the United Nations Security Council has, in a meeting, reviewed the UNSC Resolution 2231 that would be a seal of approval for the nuclear deal Iran reached with six world powers.

In the meeting, the representatives of the US, Britain and France acknowledged that Iran has remained committed to the provisions of the nuclear agreement known as the Joint Comprehensive Plan of Action (JCPOA). However, they accused Iran of undermining stability in the region and carrying out destabilizing moves.

US Ambassador to the UN Samantha Power said at the meeting that the JCPOA should not deflect the UNSC’s attention from other issues pertaining to Iran.

Power claimed Iran is breaching the travel restrictions envisioned in UNSC resolutions despite respecting the JCPOA.

The British envoy also accused Iran of undermining stability in the region and sending arms to the Lebanese Hezbollah movement. The British representative claimed Iran’s actions in the Middle East show the country seeks to stoke, not stifle tensions.

The French envoy also alleged that Iran has not abided by the provisions of the JCPOA, rehashing claims made by the American and British ambassadors.

The MP went on to say that the Western states are witnessing that their strategies in the Middle East have all failed, and hence, they seek to justify their actions.

The US is trying to keep the Iranophobia fever running high both in the Middle East and on the international stage by launching propaganda campaigns, said the legislator.

The reason is that Washington and Tel Aviv had no excuse to attack Iran after the nuclear agreement was reached, so they are raising new issues, the lawmaker added.

By launching propaganda campaigns against Iran, the West mainly seeks to boost its military and arms relations with regional Arab states as weapons sales to Arab countries are a major source of income for the West, said Nourian.

He touched upon the stance adopted by authorities in the West on General Soleimani’s trips to regional countries, and said making such remarks is part of efforts to ratchet up the pressure on Iran.

He noted that General Soleimani is a top Iranian military and security official, and travels to Mideast countries as American and British military top brass do.

The difference between those trips, he said, is that Western officials come to the region to support terrorism while Iranian military authorities go on trips to offer advisory assistance to counter terror groups. 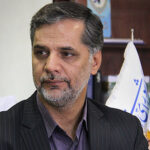 Hassan Naghavi Hosseini, another Iranian MP, also reacted to the Western states’ mounting a propaganda campaign against Iran at the UNSC meeting.

Given that Iran has lived up to all its commitments under the JCOPA and the West, he told ICANA, the West is seeking pretexts to create the impression that Tehran has reneged on its obligations.

He said they raise such issues as Iran’s missile program, claims of rights violations and calls for travel restrictions.

General Soleimani has played a pivotal role in fighting terrorist groups and ensuring the territorial integrity of regional states, said the legislator.

Therefore, he added, the remarks made by certain Western countries in the UNSC meeting and their launching of a propaganda campaign against Iran only aim to ramp up the pressure on Tehran.

Washington’s policies on Syria, Iraq, Lebanon and Yemen have failed, something which cannot be tolerated by the White House, said the lawmaker.

Therefore, he added, the US seeks to make up for its failures by making certain statements and creating restrictions.

West seeks to strip Iran of economic and political opportunities 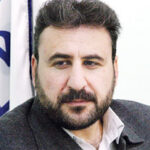 Heshmatollah Falahatpisheh was another lawmaker who reacted to the Western states’ anti-Iran propaganda at the UN Security Council.

Under the JCPOA, he told ICANA, all sanctions against Iran were to be lifted as soon as the implementation of the deal began. But that hasn’t materialized yet, he noted.

Iran has delivered on all its commitments under the JCPOA, and the only authority which should verify this is the International Atomic Energy Agency, said the MP.

Definitely the issues raised by the West are baseless, he added.

He went on to say that some Western states are playing blame games and raising a brouhaha about Iran in order to delay the removal of current sanctions and put in place new bans.

Iran has adopted a policy of international engagement, which keeps the West from cashing in on the trend of the implementation of the JCPOA, said the legislator.

He further referred to Western states’ claim that Iran has violated UNSC resolutions on travel restrictions.

Before the implementation of the nuclear deal, he said, Iran was a centre of diplomatic visits and strategic activities.

After the agreement came into force, the legislator added, Iran turned into a hub of new economic opportunities, so much so that other countries began doing trade with Tehran.

Given such developments, he said, the West seeks to keep Iran from seizing new economic and political opportunities.