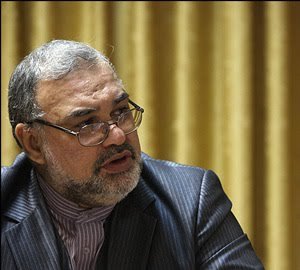 Iran’s former ambassador to Russia says the visit by Iranian President Ebrahim Raisi to Moscow is “very helpful and even necessary” Mahmoudreza Sajjadi says the visit is a correction of “the wrong policy” of the former Iranian administration.

Sajjadi says the experience of Syria and the fight on Daesh terrorists there showed “when two powerful countries in the region cooperate with each other, they can end threats”.

He was referring to the cooperation between Iran and Russia in Syria’s fight on Daesh and other terrorist groups, which helped the country overcome its problems and move toward the current calm.

Sajjadi added that Iran and Russia can also use transportation and energy as other key areas of cooperation.

“Iran can serve as a paradise for Russia in terms of transit. There are also infinite grounds for cooperation in the field of oil and natural gas. If the government is serious about cooperation in the region and with neighboring countries, there would be a paradises of opportunities for Iran and Russia,” he said.