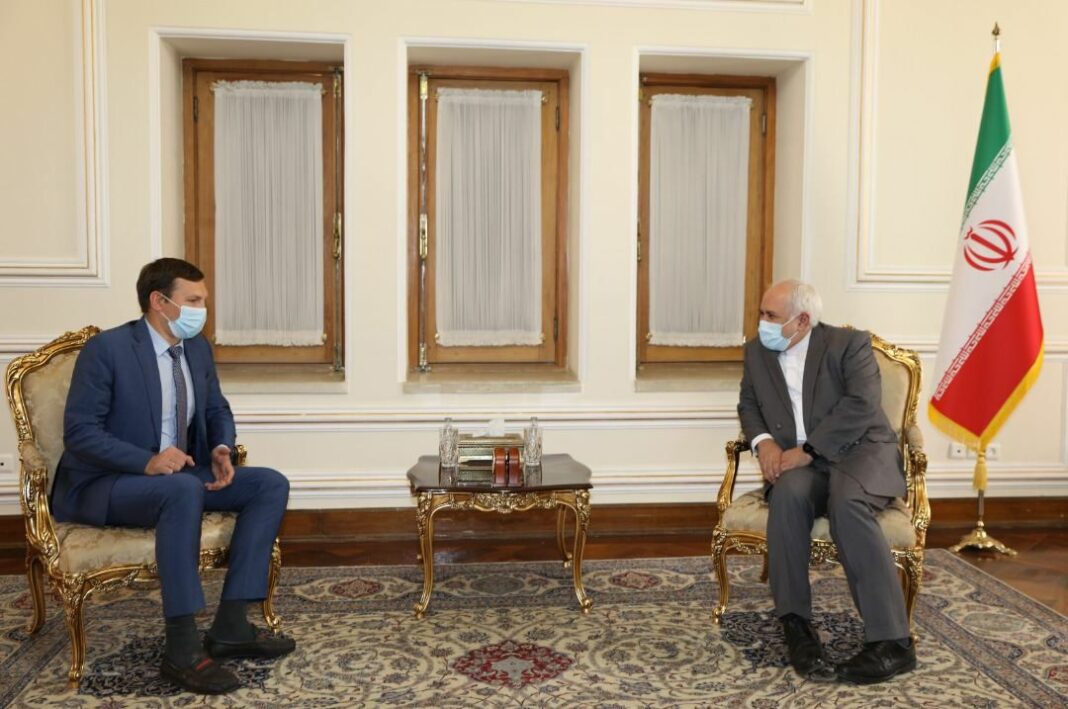 Head of a Ukrainian diplomatic delegation that is visiting Iran for a new round of talks on the January crash of a passenger plane has held talks with Iranian Foreign Minister Mohammad Javad Zarif.

While diplomats from Iran and Ukraine launched the second round of talks on the issues surrounding the passenger plane crash on Monday, deputy foreign minister of Ukraine and head of the Ukrainian team of negotiators, Yevgheniy Yenin, held a meeting with Foreign Minister Zarif.

In the meeting, the two officials discussed the process of talks on the Ukrainian plane crash.

Foreign Minister Zarif once again expressed his regret at the tragic incident, hailed as positive and constructive the first round of negotiations on the aerial incident, and expressed hope that the negotiations would immediately produce the appropriate and desired results with cooperation and interaction between the two countries.

The two diplomats also talked about Iran-Ukraine relations and the ways to broaden cooperation between the two countries in various fields.

Diplomatic delegations from Iran and Ukraine on Monday began the second round of talks on the Kiev-bound UIA Boeing 737 that crashed shortly after taking off from Tehran on January 8.
The new round of expert negotiations will go on for two days.