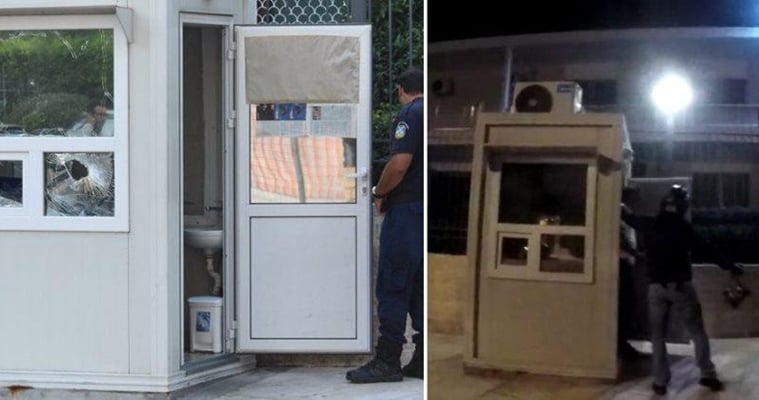 A number of attackers affiliated with an anti-Iran Kurdish militant group raided the Iranian embassy building in Athens on Monday morning, according to Greek media reports.

The attackers, about 10 people, have hurled bottles of paint at the embassy and left the scene on their motorcycles.

Police have not arrested anyone in connection with the incident, Greek Reporter news website said.

According to Tasnim News Agency, a spokesperson for the group said on his Facebook page the attack was carried out in response to what he called “Iran’s crackdown on Kurds”.

Earlier, the Iranian embassy in Paris also came under assault by supporters of a terrorist group calling itself the Komala Party of Iranian Kurdistan.

The attacks seem to be in retaliation for a missile attack by Iran’s Islamic Revolution Guards Corps (IRGC) at the terrorist group’s headquarters in Iraq’s semi-autonomous Kurdistan region on September 9.

The IRGC said the missile strikes were in response to recent terrorist activities along the Iranian border with Iraq and came after terrorist ringleaders ignored serious warnings by officials from the Iraqi Kurdistan region about the Islamic Republic’s determination to dismantle their bases and the need to end their activities against Iran.