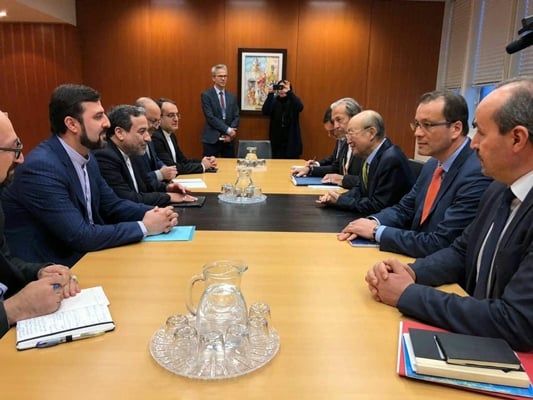 In a Monday meeting in Vienna, Araqchi explained the two sides’ cooperation on verifying implementation of JCPOA

Pointing to the complexity and difficulty of the current situation, Araqchi expressed hope the European Union would quickly fulfil its historic duty to protect JCPOA and compensate for the US withdrawal.

Otherwise, there would be no reason for Iran to continue fulfilling its nuclear deal obligations, he said.

Araqchi asked the IAEA director to deal with related issues professionally and neutrally and protect the independence of the agency against the pressure of destructive external forces, just like the past three years. 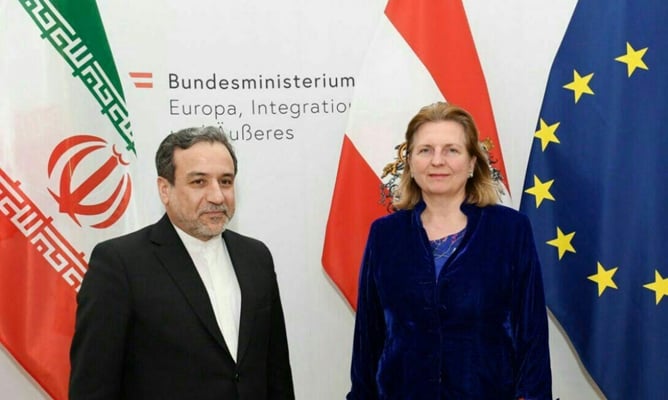 In the meeting, the two sides discussed issues related to bilateral relations, the latest conditions of SPV and efforts by European countries to protect JCPOA, and developments in the region, including Syria, Palestine, Lebanon and Yemen.

Pointing to recent developments in the Middle East, Araqchi described the destructive policies of the Zionist regime as the main reason behind instability in the region.

For her part, the Austrian minister pointed to the importance of Tehran-Vienna relations, stressing the need for continuation of political consultations between the two countries to help boost peace and stability in the Middle East.