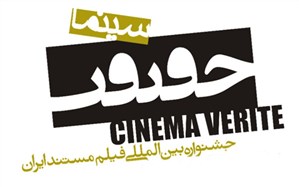 The 15th edition of the Iran International Documentary Film Festival “Cinema Verite" is underway in the capital Tehran.

Iranian’s “Cinema Verite” was launched in 2007 and now it is known as the most important documentary cinema event in Iran and the Middle East.

The festival has three categories of short, semi-long and feature-length documentaries with national and international competitions, plus its Avini Award section.

The event also includes national and international side sections, an international documentary market, and specialized workshops.

This year, 30 short films, 28 semi-long films, and 23 feature films are taking part in the festival.

In the international section, 2,611 films from 73 countries applied to take part in the festival, but finally 12 feature films, 7 semi-long documentaries and 10 short films managed to qualify.

Depicting the history and culture of the Iranian-Islamic society, protecting the national identity based on religious and Iranian ideas, strengthening the Iranian creative documentary cinema, and familiarizing the country’s filmmakers with the latest developments in world documentary cinema are among the goals of this festival.