Qatar and Iran’s southern province of Bushehr penned an agreement for economic cooperation.

The agreement was signed during a visit to the Qatari capital of Doha by an Iranian trade delegation headed by Bushehr Provinceˈs Governor-General Mostafa Salari.

Based on the deal, Qatar will invest in Bushehr province in different fields such as agriculture, mining, port operations, and agricultural processing industries.

Salari’s trip to Qatar came after last month’s visit to Bushehr by a Qatari economic delegation.

The Qatari delegation in that visit learned about the economic potentials of the southern Iranian province and the possibility of importing agricultural products and construction materials from the province.

Iran’s ties with the Persian Gulf littoral states has been growing recently as the Islamic Republic is willing to upgrade relations with the Arab states to the highest level. 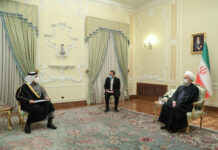 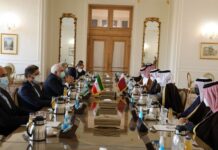