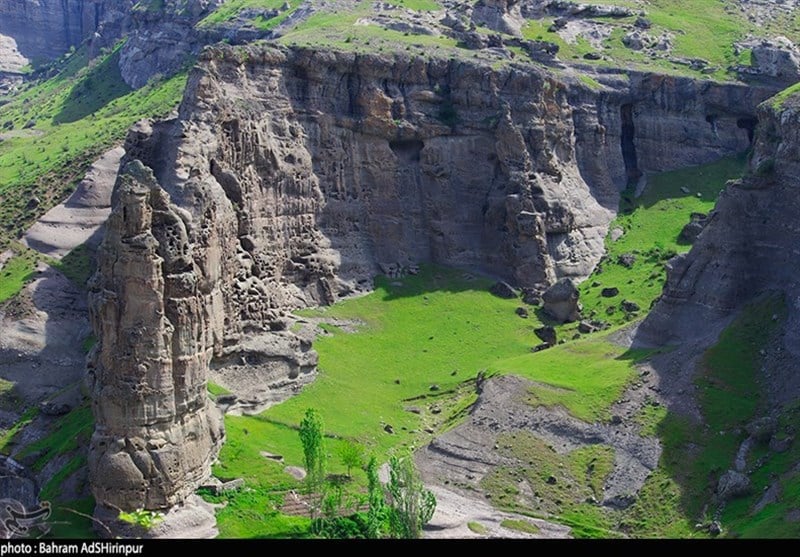 Dumuli, a village in north-western Iran, is home to an amazing geopark which annually attracts thousands of tourists to Ardabil province.

The geopark, 100km from Ardabil, is one of the natural tourist attractions of the province with a variety of natural, historical, and anthropological attractions.

The village has a population of 187 people, most of whom are busy farming and animal husbandry. Dumuli is one of the few villages in Iran that still has maintained its traditional and ancient texture.

Dumuli Waterfall in the southern part of the village is one of the most beautiful waterfalls in the region.

Moreover, the historic castle of Kand Qalasi in the western and southwestern part of the village dates back to 1,800 years ago. It is one of the mystic castles of Iran.

This military fortress was most likely used by the Iranian Khurramites till the Safavid period.

Following you can find photos of the virgin region retrieved from Tasnim News Agency: