Bahmanshir River is a beautiful body of water in the city of Abadan located in Iran’s south-western province Khuzestan.

Also known as Shat (in local language meaning river), Bahmanshir has a 900-metre length connecting Karun to the Persian Gulf.

The two sides of Bahmanshir River are covered with green plants which are known for their fruitful palm trees.

Over the past years, due to the unscientific construction of dams as well as drought and traditional agriculture, the river has faced a lot of problems, losing most of its water.

Without the Bahmanshir, the waters of the Karun — like those of the Tigris and the Euphrates – would largely flow into the vast marshlands of southern Mesopotamia that included the entire southern half of the Khuzestan as well – leaving no navigable course to exist.

The following are ISNA’s photos of the river: 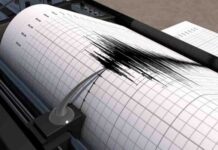