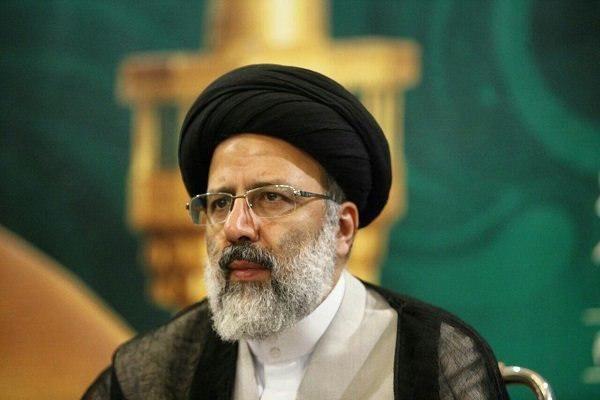 Iran’s presidential candidate Ebrahim Raisi says the current administration is to blame for many of the social and economic problems facing the country.

In a televised program, Iran’s presidential candidate Ebrahim Raisi took a jab for the current administration and said people are suffering due to problems such as unemployment and poverty.

The highlights of his comments are as follows:

– Every day, we are seeing workshops and factories closing down. Fifty percent of the country’s industrial capacity is not active. Living conditions and poverty have turned into people’s concerns.

– The reason why I’m running for president is that I want to help solve people’s problems.

– I think my presence will build a consensus and suit all tastes.

– Based on social canons, it is not acceptable to say if somebody works for even one hour a week, he/she is not unemployed.

– If this administration keeps creating jobs at the current rate, it will take 10 years to solve the problem of unemployment if no jobless person is added to the society during that period. This comes as, each year, a large number of graduates are added to those looking for jobs.

– Up to one and a half million jobs must be created each year.

We have 17 thousand closed workshops which should start operating immediately. Semi-operational workshops should begin work as soon as possible. This is possible.

– Our country has 3,000 kilometres of sea borders. Some European countries have much shorter sea frontiers than us, but it accounts for 50% share of their GDP. The figure for Iran is only two percent.

– We can expedite the trend of housing provision in the country. The ground is prepared for that. We have enough construction material as well, and most items needed in the housing sector are produced domestically. If construction of houses is activated, it will not only solve the problem of housing for people and the youth, but it will create jobs as well.

– Look how much contraband goods enter the country. It harms local production.

– Officials ask where we will get the money from. But these potentialities exist in the country.

– We can tell trade unions and producers that we want to reach this target in terms of numbers and quality. They will definitely cooperate.

– The Foreign Ministry should set the stage for exports.

– We need to increase exports and reduce nonessential imports. At the outset when this administration came into office, they asked, “Why should we turn the country into a market for Chinese goods?” But during the tenure of this very administration, imports from China have doubled.

– The administration is not paying attention to the number of rural homes which should be constructed according to the law that is 200,000 houses.

– It is possible to increase the number of marriages to one million a year. One of the prerequisites to marriage is housing.

– One of the actions to be taken is to restore and renovate old buildings in cities.

-We can also reactivate the Mehr Housing Project (a plan under which affordable housing units are being constructed and given to those who don’t have homes). [A similar plan called] the Dignity Housing Project can also be launched.

– In the Work and Dignity administration and in cooperation with the parliament, we can encourage land developers to construct up to one million houses annually.

– Why doesn’t the government settle its 100-trillion-rial [$2.6bn] debt to the Pensioners’ Fund?

– The government and Presidential Office’s spending has roughly doubled due to financial mismanagement. Why should it be so? Some financial discipline should be put in place to eliminate extravagance.

– In my administration, there will be no inflated salaries and injustice, which have sparked a public outcry.

– The Central Bank should monitor the banks and institutes which get people’s money and later on run into trouble. It is the Central Bank’s duty. Just giving warning is not enough.

– We have given Rls 5,700 trillion [$152bn] in loans to some individuals. If they are repaid, it will get the wheels of production turning.

– The government’s debts should be looked into immediately.

– There are property and real estate which have been seized. They should be unblocked and get into the financial and monetary cycle.

– We have the Taxation Law, which has not been enforced. This law should be implemented to the letter. The method of receiving taxes is not a new one. The current method is traditional and old. If it becomes more efficient, people will declare their taxes in a better way, and numerous problems will be solved as well.

– Why don’t we trust trade unions? If we take them on board, they can solve the problems.

– It is possible to settle the issue of tax evasion and get tax-evading white-collar individuals to pay their taxes simply through the mechanism which exists at the Internal Revenue Service, where good and experienced people are working.

– People are ready to pay taxes, but they brook no injustice. They say civil servants and self-employed businessmen are paying taxes, but the higher-ups don’t.

– We can bring economy into the spotlight simply through the cyberspace, so that people will get informed of contracts, etc. This both removes concerns and guarantees the government’s transparency.

– When the head of government and ministers are urged to declare their possessions and property to the Judiciary, then naturally top managers know what they should do.

– The smuggling of goods is not only done in the form of small quantities along the border. Rather, it is organized smuggling which has worried people and authorities.

– The intelligence and foreign affairs ministries can help track the foreign hands behind the smuggling of goods into the country.

– Cash subsidies should increase for the lower deciles of population. How can a person live on the Rls. 450,000 ($12) he/she receives as subsidy per month?

– Our dear people should know that whatever I promise has been discussed with experts and can be fulfilled. They should know that I believe I can live up to my promises as I’m familiar with the situation of the people and the country.