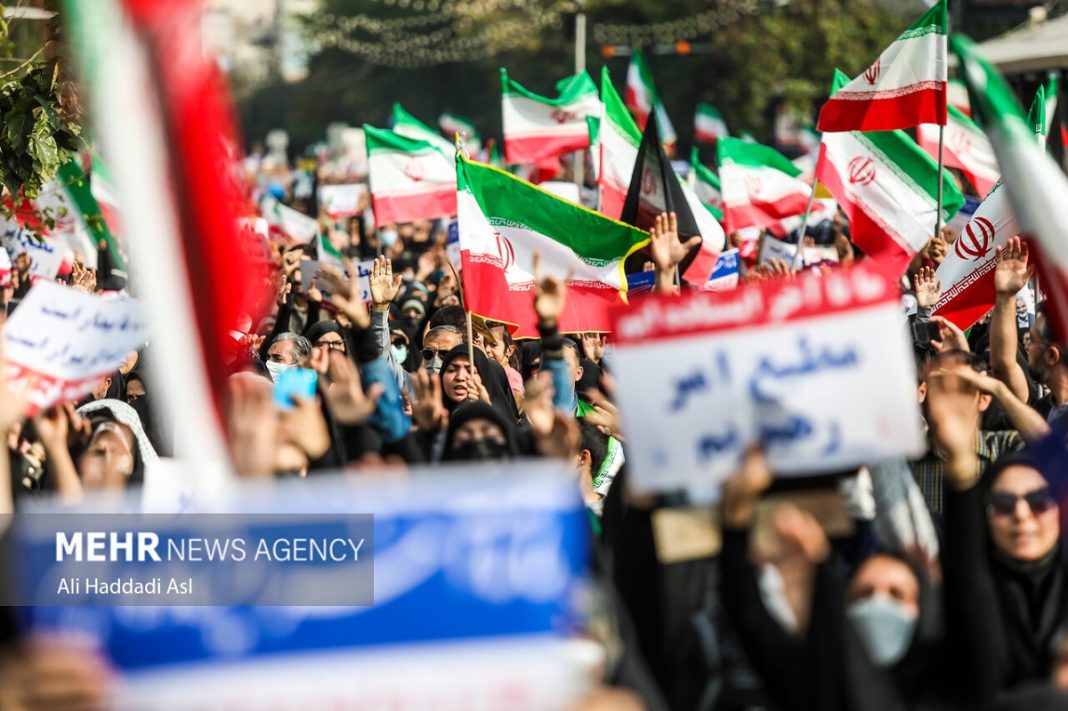 Iranians have held mass rallies countrywide to condemn a Daesh massacre at the holy shrine of Shah Cheragh, urging authorities to bring the perpetrators to justice and seriously deal with recent unrest and deadly riots that have set the stage for insecurity in the country.

People took the streets of Iranian cities and towns after Friday prayers, chanting slogans against the US which they held to blame for deadly riots and the protests, instances of violence and terror attacks across Iran over the past weeks.

During the demonstrations in Tehran, people also bid farewell to Faris Massoumi, one of the martyrs of the terror attack in Shiraz, as well as to Amir Kamanid, a member of the Basij Force who was killed by rioters during violence in the western part of the capital.

In a communiqué issued at the end of the rallies, the participants slammed the acts of violence and vandalism, assassinations of security forces, and desecration of sanctities at the hands of the “mercenaries of the global hegemony and Zionism.”

The crime in the Shah Cheragh Shrine in Shiraz was part of the evil plot of enemies against the Iranian nation and served to fuel the recent riots in the country, they said.

They said those who encouraged seditions in the country through their provocations in recent weeks were complicit in the bloodshed in Shiraz.

“The Iranian nation will never forgive them and judicial authorities must deal with them in accordance with law,” the communique read.

The participants described the US administration, the Zionist regime, and the global hegemony’s vassal governments in the region as the main culprits behind the crimes perpetrated in the country.