Iranians rally countrywide to mark anniv. of 1979 US embassy takeover 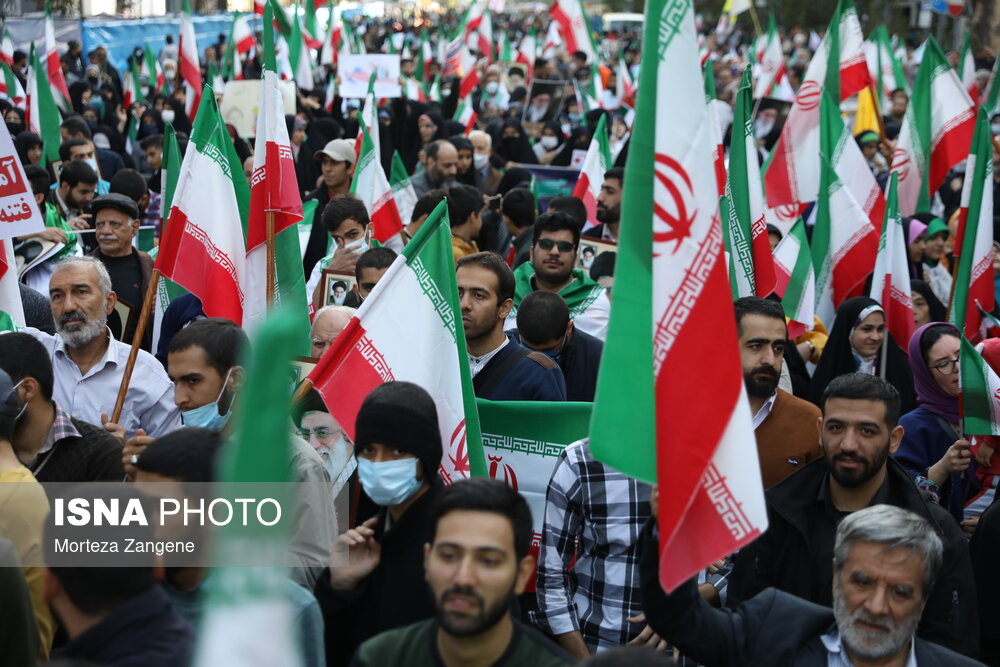 Iranians take to the streets countrywide in large groups to mark the anniversary of the 1979 takeover of the US embassy in Tehran, known as the ‘Den of Espionage,’ with the participants sending a message to Washington, which is found to have a hand in the recent unrest across the country.

Footage from Tehran besides other cities and towns showed demonstrators carrying placards and setting fire to the flags of America and Israel during the gatherings held on Friday morning under the motto of “the Epic of Perseverance, Resistance and Fighting Arrogance.”

As in previous years, people in Tehran gathered near the venue of the former US embassy on Taleghani Street in downtown the capital city, where President Ebrahim Raisi also delivered a speech.

Over 3,500 reporters and media workers are reported to be covering the rallies, which are being held in over 900 cities across Iran.

Months after the 1979 Islamic Revolution that toppled the US-backed Pahlavi monarchy, Iranian university students on November 4 seized the US embassy in Tehran, which had become a center of espionage activities against the newly-established Islamic system back then.

Numerous documents were found at the venue exposing many US conspiracies and crimes in Iran.

A message to US

The rallies come at a time when the country has been witnessing unrest and a set of deadly riots, which broke out amid protests over the death in mid-September of a young woman in police custody.

The rioters have engaged in acts of violence, vandalism and sacrilege, and more recently, deadly armed attacks on the security forces trying to maintain order in different cities.

Iran’s main intelligence bodies have established that the riots are directly linked to hostile foreign parties, most significantly the US, which, top authorities say, have mobilized all at their disposal against the Islamic Republic in a “hybrid warfare.”

The participants in the rallies voiced support for the security and law enforcement forces in their efforts to face the rioters and thugs.

Outraged by the US involvement in the violence, the demonstrators chanted “death to America” and “death to Israel.”