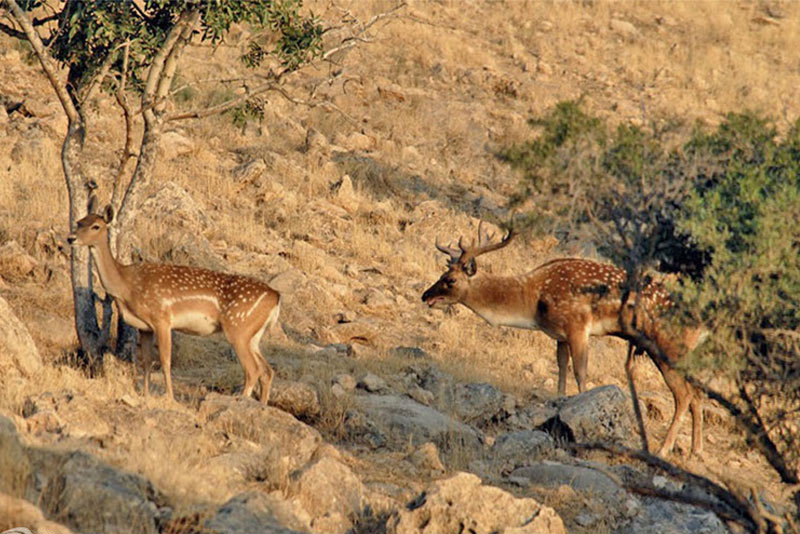 The drought-induced shortage of food has posed a serious threat to animals; however, in a spontaneous move, Iranians have started offering oblations to God by donating fodder for starving animals.

Animals, as well as humans, are not immune to the adverse effects of the protracted drought that the world is grappling with. Wetlands and marshes are drying up and animals’ wildlife habitats are inching forward to a complete destruction.

According to a report by Jam-e Jam, as translated by IFP, Morteza Jamshidian, the head of Isfahan’s Environment Department, expressed concern over the detrimental impacts of the prolonged drought on wildlife refuges of Muteh and Kolah Ghazi in the Iranian central city.

Jamshidian pointed to the 5,500 deer living in Muteh, 2,000 in Kolah Ghazi, and 1,400 in Ghamishlou which will have to get into the adjacent farms if their habitats are destroyed.

“Unfortunately these deer are ruthlessly hunted by the opportunists immediately.”

“Isfahan’s Environment Department has spent about 1bn rials [$29,000] to buy 100 tons of fodder and distributed them in the region for the animals; however, it is not enough to feed all of them.”

In a bid to help animals survive the drought and at the same time offer oblations to God, Iranians make donations for animals. Oblation or Nazr, which is a solemn promise to do an act of charity in exchange for a divine favour, is a fine and ancient Iranian tradition.

A charitable Isfahani man set a precedent of the charitable move by making an oblation of 700kg fodder for the deer living in the region. Once the news was spread, several benevolent, generous farmers took the same path.

Another farmer from Isfahan donated 3.5 tons of fodder and as recently as a week ago, a charitable farmer made a donation to Kolah Ghazi wildlife refuge which was 4 tons of fresh hay from the products of 1.5ha of his farmland.

A charitable woman also paid for 600 kilograms of hay and handed it over to the rangers of Kolah Ghazi wildlife refuge in a bid to feed the hungry deer.

Grand Ayatollah Issues Fatwa on Oblations for the Sake of Animals