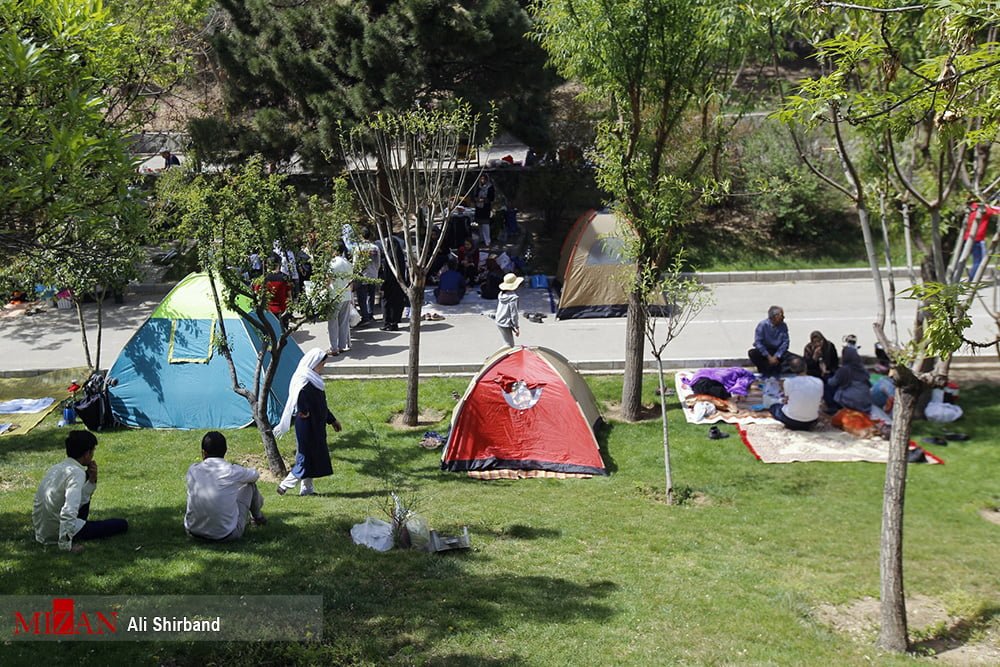 Iranian people have gone for a picnic at parks or in the countryside on Monday to mark Sizdah-bedar, an ancient festival in celebration of the 13th day of spring, which is an official holiday in Iran known as the Nature Day in the calendar.

Iranians uphold the long-standing tradition on the thirteenth day of Nowruz by spending the day outdoors.

A ritual performed at the end of the picnic day is to throw away the “sabzeh” (Sprout) from the Nowruz’s “Haft-Seen table”. The sabzeh is supposed to have collected all the sickness, pain and ill fate hiding on the path of the family throughout the coming year.

Touching someone else’s greenery on this day or bringing it back home is considered a bad omen.

It is also customary for young single people, especially young girls, to tie the leaves of the greenery before discarding it, expressing a wish to find a partner.