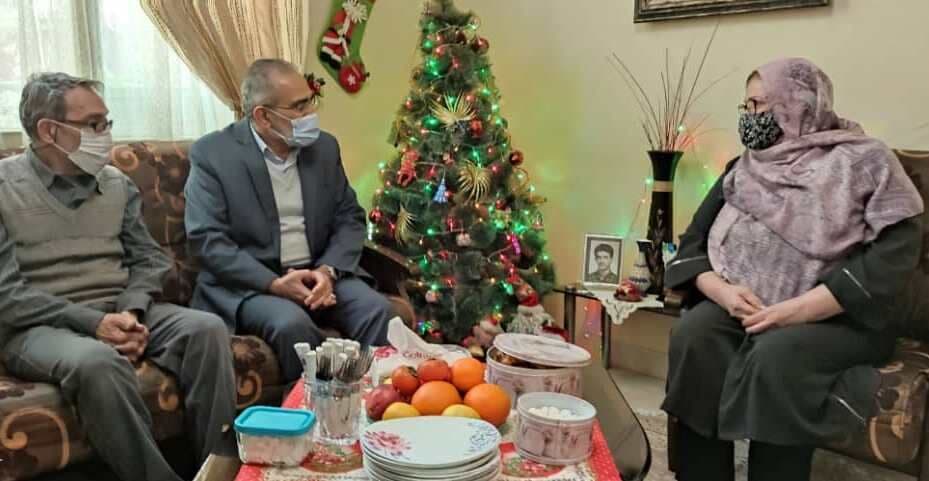 The Iranian vice president for parliamentary affairs has praised the country’s Armenian minority for their role in defending Iran during Iraq’s imposed war.

Seyyed Mohammad Hosseini said many people from the Armenian community were martyred and maimed during the war.

Hosseini made the comment while visiting the house of martyr Iranian soldier Vazgen Adamian.

While congratulating the family of Vazgen Adamian and all followers of the Christian faith on the Gregorian New Year, Hosseini said many Armenians and people from other religious minorities of Iran defended the country against the enemy’s aggression with all their power.

He added that Armenian combatants were at the frontlines of war during the sacred- defense years.

The Iranian vice president for parliamentary affairs also said martyrs are highly precious for the Iranian people and officials and their sacrifices will never be forgotten. During the visit, the family of Vazgen Adamian raised their problems and Hosseini promised to pursue the matter in order to solve those problems.

Vazgen Admian’s sister also said she is proud of being an Iranian.

Vazgen Adamian was born in 1962 in the city of Khorramshahr and was martyred at the hands of counterrevolutionary groups in Haj Omran in 1985. Under the Iranian Constitution, Christianity, Judaism and Zoroastrianism are recognized as official religions in the country and followers of these faiths are free to exercise their religious rituals and have representatives at the Iranian Parliament.