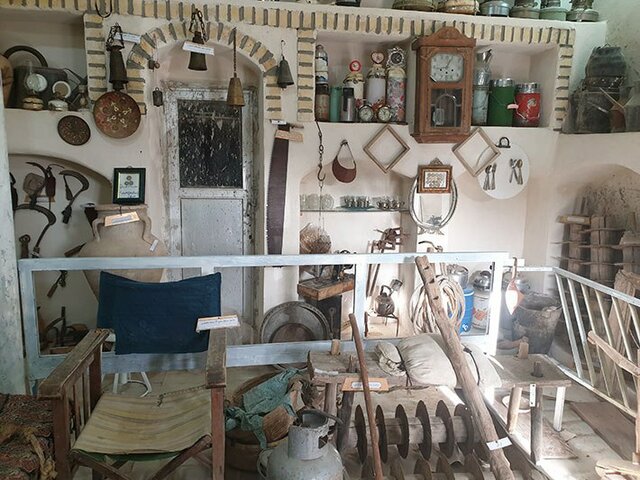 An old Iranian villager has collected various agricultural instruments to establish a museum at his home.

Ebrahim Tajik, 78, from Khaveh village of Varamin County in Tehran Province, has set up the museum in one of the rooms of his home by gathering old family instruments used in agriculture.

Most of the instruments belong to Tajik, his family members or relatives. Even other villagers have become interested in the new initiative. They donate their old instruments or the relevant stuff they have inherited to the museum, a report by ISNA said.

Tajik has brought together various old instruments from light, clock, lock, sickle, and scale to jar and many other things in his museum.

He cites an 80-year-old chair with no bolts in its structure as the most precious item of his museum. Tajik also points to some antique coins and a big jar as other precious items of the home museum. He is also deeply interested in collecting locks.

The museum has its own visitors from villagers to tourists from various parts of the country. The curator of the museum doesn’t believe in making money from it. The museum is open to the public and he himself is the one who explain about the items patiently.

On his main motivation for setting up the museum, he says his main goal is to get the new generations familiar with the ancient customs and lifestyles.

“Now that technology has penetrated into our life, I want to get our children who don’t have any impression of agriculture more familiar with our ancestors and their lifestyles,” he noted.

Sometimes, foreign visitors come to visit his museum. Most of them are surprised by getting familiar with the items held in it.