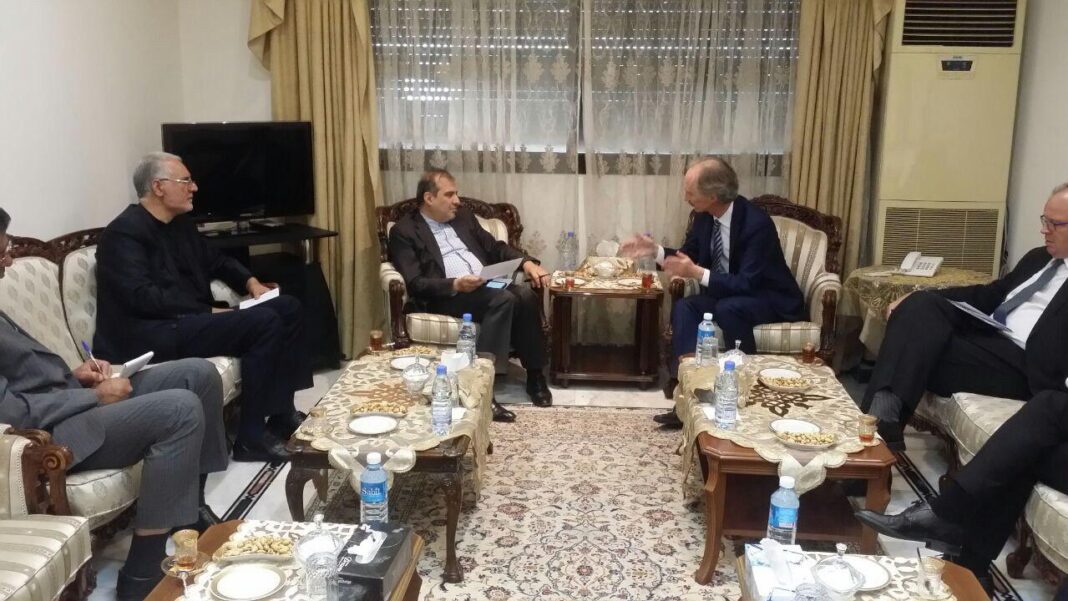 The UN Syria envoy and Khaji, who is also Iran’s senior negotiator in the Syrian and Yemeni affairs, met in the Islamic Republic of Iran’s Embassy in Beirut on Monday evening.

In the gathering, the two sides discussed the latest developments in Syria.

Pedersen, who has traveled to Beirut after meetings with Syrian officials in Damascus, provided a description of the negotiations and agreements with the Syrian authorities in the meeting.

The two sides also expresses satisfaction with the progress made in the formation of Syria’s Constitutional Committee, and emphasized the necessity for an ultimate resolution of the Syria crisis.

Khaji is going to visit Damascus on Tuesday for talks with the Syrian officials.

Iran is one of the three guarantor states of a ceasefire in Syria under the Astana Peace Process, and works in cooperation with the UN for the settlement of conflicts in Syria.