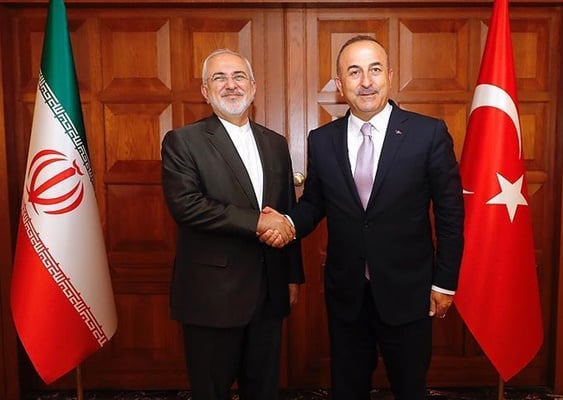 Iranian and Turkish foreign ministers have, in a telephone conversation, discussed the recent agreement reached over Syria’s Idlib.

In the Tuesday night call, Mohammad Javad Zarif of Iran and his opposite number Mevlüt Çavuşoğlu exchanged views on the details of the Idilb agreement reached following negotiations in Ankara, Tehran and Sochi.

The two sides also agreed to follow up, in New York, on the details of the deal clinched at an Iran-Russia-Turkey foreign ministerial meeting.

Iranian Foreign Ministry Spokesman Bahram Qassemi had earlier noted Tehran welcomes the Idlib agreement between Turkey and Russia reached in a meeting in the Russian city of Sochi, which was made following the trilateral meeting among presidents of the three countries in Tehran.