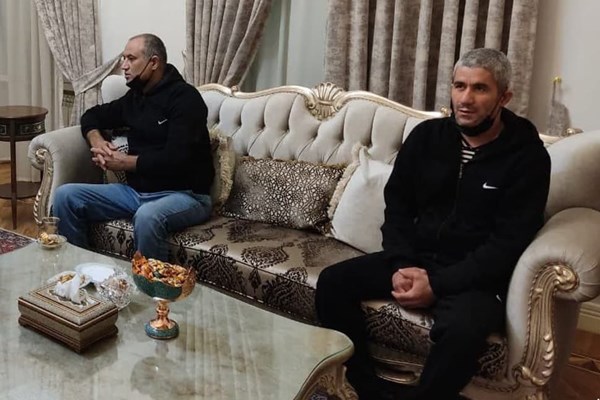 Iran wins the freedom of two Iranian truck drivers who were in custody in the Republic of Azerbaijan since August.

Shahroud Norouzi and Jaafar Barzegar were released Thursday after unrelenting pursuit of their case by Iran’s Foreign Ministry and the Iranian embassy in Baku.

The two had been detained while carrying goods to Azerbaijan’s newly liberated areas during last year’s war with Armenia.

Iran’s Roads and Transportation Organization has issued guidelines to transportation companies to strictly observe the laws and sensitivities of other countries in light of new changes in borders of Armenia and the Republic of Azerbaijan following their 44-day war.

The detention of the two truck drivers and some other issues like the presence of the Zionist regime in Azerbaijan’s territory near the Iranian border caused tensions in ties between Tehran and Baku.

Iran recently held a military drill near the border.

The Azerbaijani president criticized the maneuver. However, tensions have abated now after several meetings between the Iranian and Azerbaijani officials.