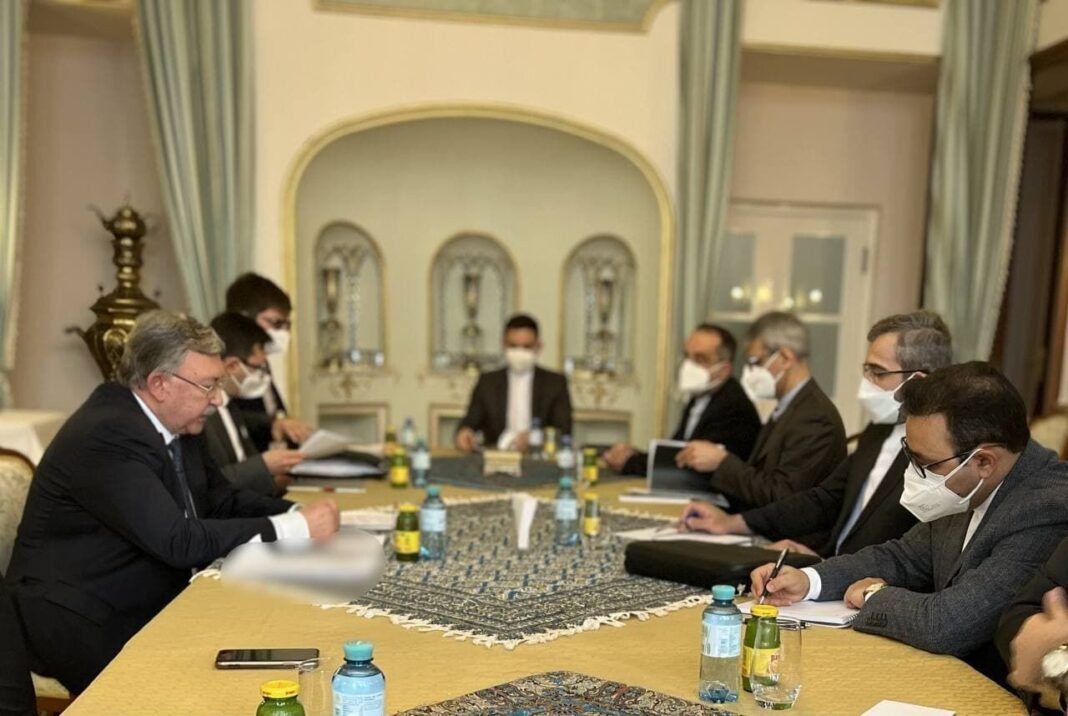 The negotiations were held in continuation of eighth round of talks on removal of the sanctions.

“Very intensive diplomatic efforts will continue today in the course of the Vienna talks,” Ulyanov wrote on Twitter on Saturday.

Ulyanov has also met with the EU Coordinator and Political Directors of France, Germany and UK on Saturday to discuss the way ahead at the nuclear negotiations.

He has also held talks with the US Special Envoy for Iran Robert Malley. The top diplomats discussed the most contentious issues which need to be settled at the talks.

On Friday, the Russian diplomat held talks with Malley, and EU Coordinator Enrique Mora in Vienna.

As negotiating teams have had a busy day on Friday to continue talks in Vienna to revive the 2015 nuclear deal and lift anti-Tehran sanctions, some negotiators complained about the United States’ confusion to decide on the finalization of the negotiations.

Negotiators from China, Russia and the European Union expressed their discontent over Americans’ hesitation to take hard political decisions.

An informed source in Vienna stated that China and Russia along with the European Union have complained about the United States’ bewilderment and incapability to take political decision on the result of negotiations.

The eighth round of talks began on December 27, 2021. This round of negotiations is considered as the longest of all previous ones.

In the past days, representatives of Atomic Energy Organization of Iran (AEOI) have been present in the talks for more definite and technical consultations.