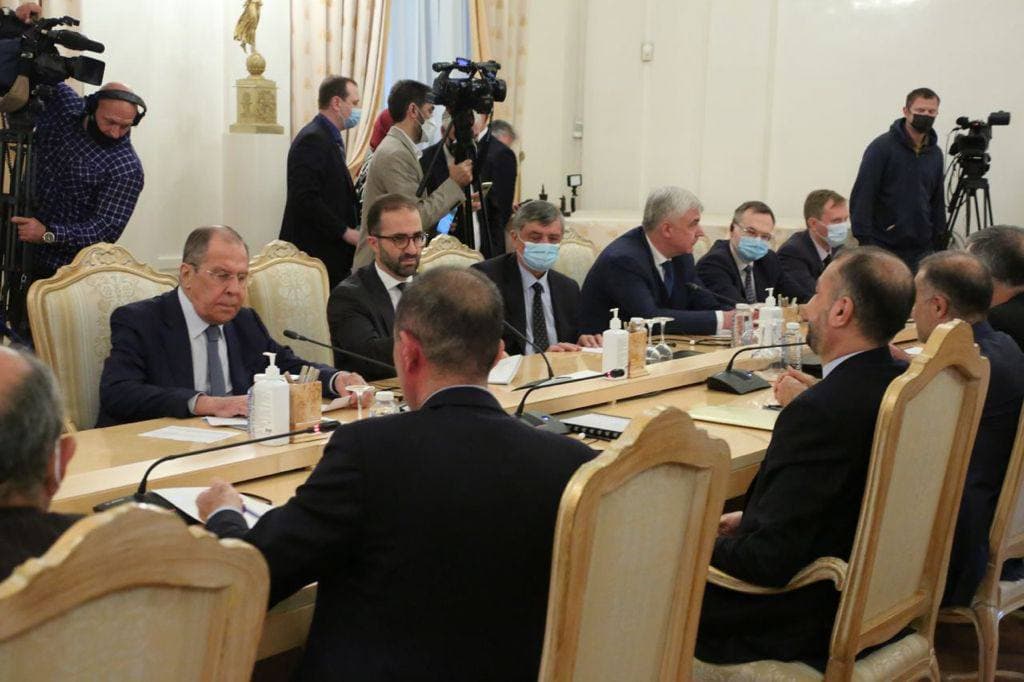 Iran’s Foreign Minister Hossein Amirabdollahian and his Russian counterpart Sergei Lavrov have outlined the results of their talks at a joint news briefing after their meeting in Moscow.

Referring to the high level of relations between Iran and Russia, Lavrov said, “Fortunately, ties between Tehran and Moscow are at the best level and I am confident that these relations will expand even more with the coming to office of the new government [in Tehran].”

Lavrov added that the Iran nuclear deal, otherwise known as JCPOA, is one of the most central issues over which Russia has constantly consulted with Iran and other signatories to the agreement.

He said if the United States wants to return to the UN Security Council, both Washington and the other parties must know that this agreement must be implemented without any changes and with the same obligations as enshrined in the text thereof.

According to the Russian foreign minister, he and Amirabdollahian discussed a wide range of regional and international issues, including Syria, Afghanistan, Yemen and the developments in the Caucasus.

He noted that Iran and Russia share the same view and cooperate on many of these issues.

Amirabdullahian also said in this joint press conference he and Lavrov talked about various bilateral and international issues and that the two share similar views about many matters.

He noted that in the near future, Iran and Russia will sign a strategic document on bilateral relations, which can be the basis of ties between the two countries.

The Iranian foreign minister stressed that obstacles to the boost of bilateral relations must be removed. Amirabdollahian expressed hope that trade between the two major and important neighboring countries will increase.

Amirabdollahian also said Iran and Russia have agreed to make arrangements for a meeting between the two countries’ presidents Ebrahim Raeisi and Vladimir Putin in the near future.

He described relations between Iran and Russia as strategic and excellent, adding, “We view Russia as a strategic partner”.