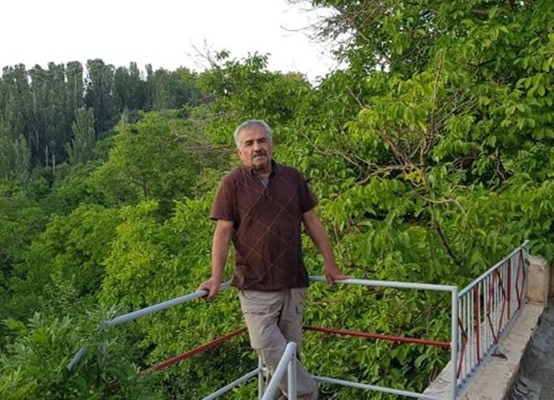 An Iranian researcher with no relevant educational background has raised the hopes of those suffering from cancer by developing three new medicines to cure various types of the deadly disease.

Mohammad Kazem Rashidi, 75, says the newly produced medicines are completely natural from A to Z and there is no preservative among their ingredients.

The first anti-cancer medicine is produced only for women suffering from cancer. The second drug is mainly used for preventing Alzheimer’s disease among the elderly. It also treats patients suffering from frequent urination.

Rashidi is neither a doctor nor a university graduate but he has managed to take full command on the materials in the Canon of Medicine by Avicenna and The Comprehensive Book on Medicine by Rhazes, two major Persian polymaths.

He has managed to merge prescriptions by Avicenna and Rhazes together to develop a new medicine – the last of the three new drugs – which can prevent bleeding. Medical tests in the central city of Isfahan have approved the efficiency of the medicine.

Before the new medicines, Rashidi had produced a special medicine for treating patients suffering from Diabetic wounds for the first time in Iran.

He has already established a large farm and beekeeping field in his hometown in Hamedan province providing all the ingredients of his medicines himself.

“By establishing the farm and the beekeeping field as well as a knowledge-based firm, I‘ve managed to provide jobs directly or indirectly for tens of people,” he said.

Rashidi wishes to treat people suffering from Epidermolysis bullosa (EB) which remains an incurable disease even for modern medical science. The Iranian researcher says he also hopes to cure a number of teenage girls in a Shinabad village in West Azarbaijan province who were badly hurt after their school caught fire.

“The main problem of people suffering from the EB is that their skin doesn’t produce Collagen anymore. I’ve produced a new ointment which helps them to produce the material. The cost of chemical treatment for this type disease is too high and most of them usually end up in failure because it is an incurable disease. I’ve said I’m ready to treat these people. I provide them with the ointment free of charge and they have admitted its effect on themselves,” he said.

He went on to say that his main goal in life is offering services to people suffering from incurable diseases. “I’m 75 years old and have achieved whatever I wished in my life financially. So, I’ve decided to dedicate the rest of my life to efforts to offer services to such patients.”