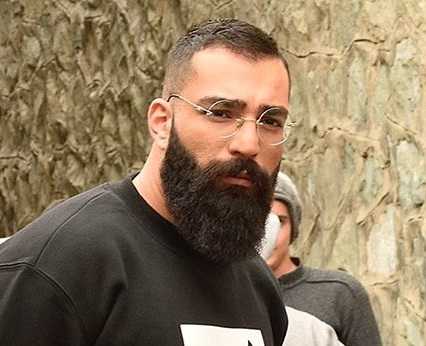 The lawyer said the Supreme Court rejected an appeal by the family of the victim who was the defendant’s stepfather.

The man’s family had appealed against the initial verdict and called for a premeditated murder indictment.

Hamid Sefat’s lawyer said the Supreme Court’s Branch 51 said the murder was manslaughter and now only the public aspect of the crime remains.

The Iranian singer had clashed with his stepfather in July 2017 and the man died later in hospital.

Following his death, Hamid Sefat was arrested and found guilty of murder. But the verdict was later revoked and he was freed on bail.

In early 2021, following an objection by the family of the victim, the case was sent to an 11-member forensic commission in order to resolve the ambiguities.

The rapper was indicted for premeditated murder and was put on trial. At the court, he was found guilty and sentenced to qesas [retribution].

On May 18, 2021, the verdict of premeditated murder and qesas for Hamid Sefat was revoked unanimously by Branch 39 of the Supreme Court.

Hamid Sefat was released on bail from Evin Prison on October 3 of this year.