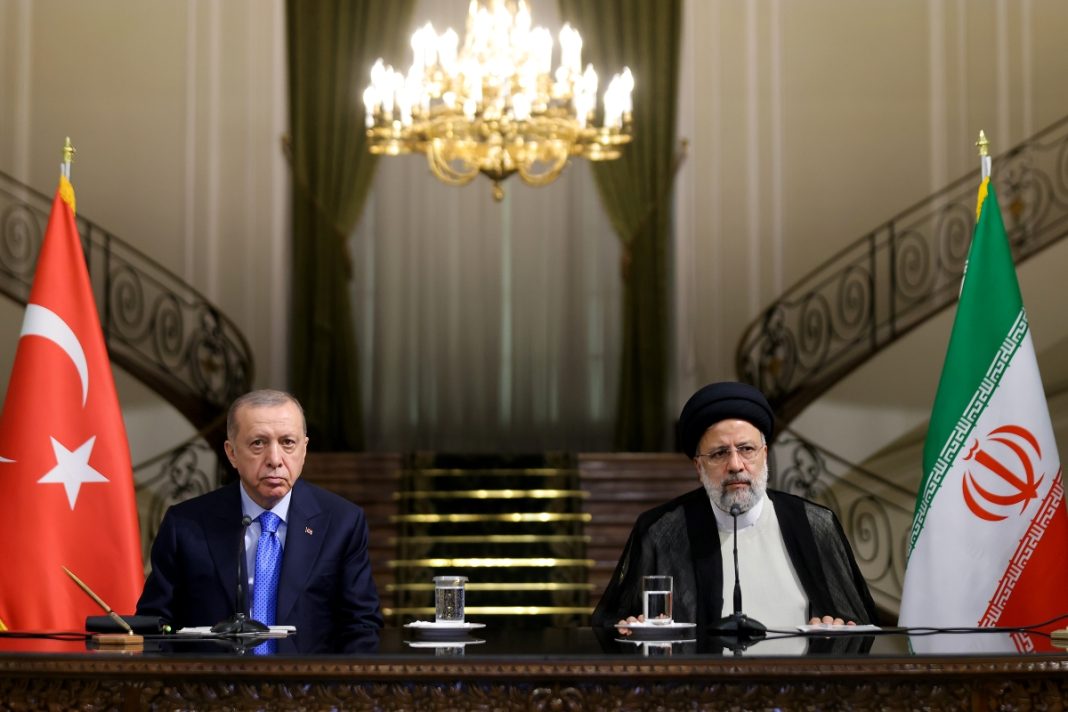 Iranian President Ebrahim Raisi has said terrorism is deplorable no matter what name it’s given.

Raisi made the comment at a press briefing with his Turkish counterpart Recep Tayyip Erdogan.

He added that the fight against terror must continue so that borders are safe.

Raisi added Iran and Turkey stress the need for cooperation between Tehran and Ankara and they also underline the necessity of protecting Syria’s territorial integrity.

The president further spoke about bilateral ties between Iran and Turkey.

He said trade and economic ties between Tehran and Ankara are not deep enough and can be further expanded.

Raisi noted that the establishment of industrial towns and knowledge-based companies by Iran and Turkey was also on the agenda of talks between him and Erdogan.

The Iranian president also said the gas contract between Iran and Turkey will be extended and will be further enlarged.

Raisi said the need to develop joint investment was stressed at the meeting between him and Turkey’s president.

Raisi pointed to the strategic document signed by Tehran and Ankara on Tuesday.

He said the document will result in expansion of bilateral ties and the prospects of relations between Iran and Turkey are very bright.

High-ranking Iranian and Turkish delegations signed several cooperation deals in the presence of Raisi and Erdogan.

The agreements are related to development of social security and sports, supporting small businesses, radio and television cooperation and cooperation between investment organizations.

Erdogan is in Iran to also attend the Astana peace talks with Raisi and Russian President Vladimir Putin. The developments in northern Syria top the agenda of their talks.