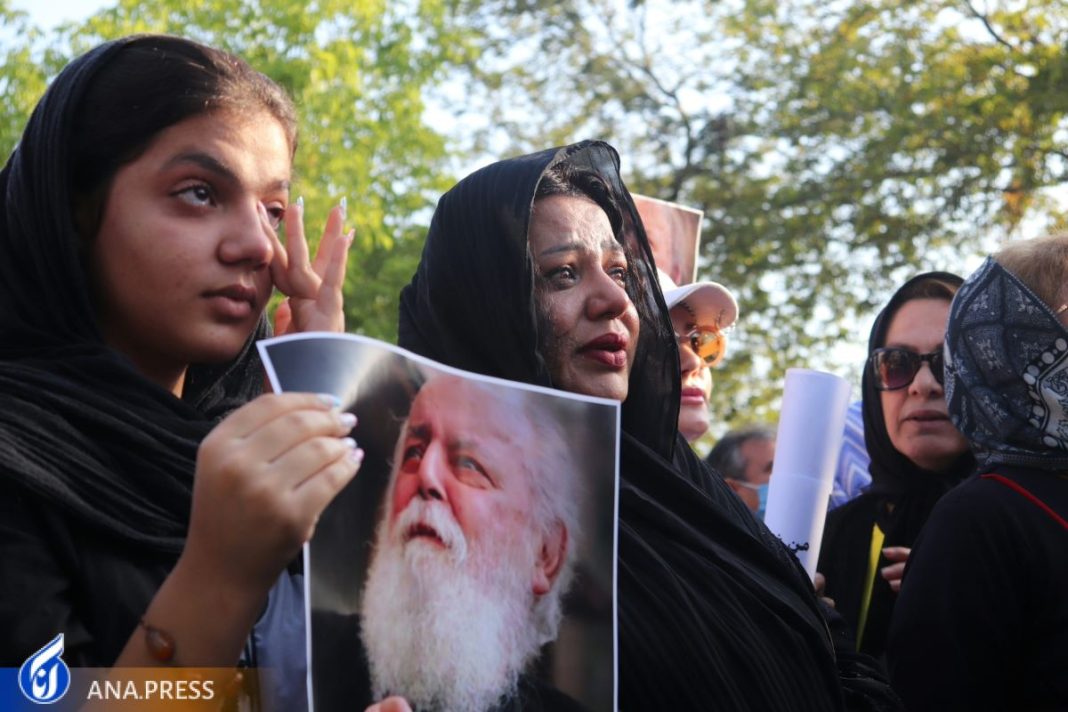 Prominent contemporary Iranian poet Amir Houshang Ebtehaj was laid to rest on Saturday morning in his hometown in the northern Iranian city of Rasht with a large crowd in attendance for his burial ceremony.

Ebtehaj, who wrote under the pseudonym Sayeh, died at the age of 94 of kidney failure away from home in his residence in the German city of Cologne.

His daughter, Yalda, told the crowd at his burial site in Mohtasham Garden in Rasht, her father’s dream of being buried in his homeland was fulfilled.

“Today is a big day for us Iranians with the return of Sayeh to his homeland. My father had said this many times, and today Sayeh’s family returned him to his homeland as he wished to be buried here,” she said.

A day earlier, a funeral ceremony was held for the late poet outside the Iranian capital Tehran’s Vahdat Hall.

Ebtehaj was a member of several literary circles and contributed to various literary magazines.

He published his first collection of poetry while he was still a high school student in the 1940s.

He also wrote a collection of lyrical poems known as Gazal in the classical style.

Sayeh’s poetry, at times highly emotional, is always remarkable for its convincing directness and unconcealed sentiment.

A number of his lyric poems, ballads and poems have been performed by famous Iranian singers.