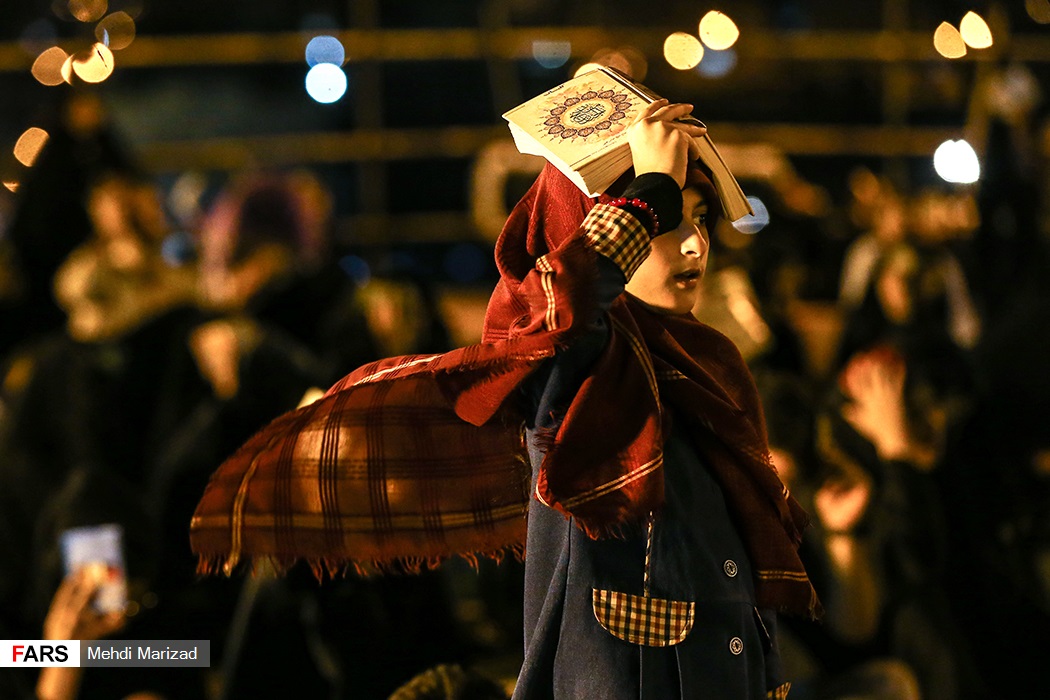 In Islamic teachings, Laylat al-Qadr is said to be the night when the holy Quran was revealed to Prophet Muhammad, and Shiite Muslims believe it is a time during which the observers’ fates are set for the next one year.

Falling on 19th, 21st and 23rd of the holy month of Ramadan in the Islamic calendar, the night has been described by the holy Quran as highly significant and decisive. According to Quran, the religious value of the Laylat al-Qadr is over thousands of times much higher than other ordinary nights.

It is considered the most virtuous night of each year during which God forgives the sins of men and accepts their supplications. Meanwhile, angels descend from heaven and according to some Shiite religious accounts hand over a letter including the fate of the observers to Imam who has a central role in Islam.

The rituals of this special night begin with reading out some verses of the holy Quran as well as saying some special prayers. Then, the observers put the holy Quran on their heads and call for supplication.

The second of the four nights coincides with the night when the first Shiite Imam, Ali Ibn Abi Talib, was martyred. He was the son-in-law of the Prophet Mohammad.

Imam Ali was appointed Caliph in 656 CE and ruled until 661 CE when he was struck in the head with a poisonous sword by Ibn Muljam on Ramadan 19th while he was saying his prayers in the Great Mosque of Kufa, in modern-day Iraq. The wound proved fatal and Imam Ali became a martyr two days later.

Iranians mark the dates both as Laylat al-Qadr and the martyrdom anniversary of Imam Ali. People in various Iranian cities come together in mosques and other religious sites to conduct the night’s special rituals.

Below, you can see photos of the Laylat al-Qadr rituals in various parts of Iran retrieved from different news outlets.